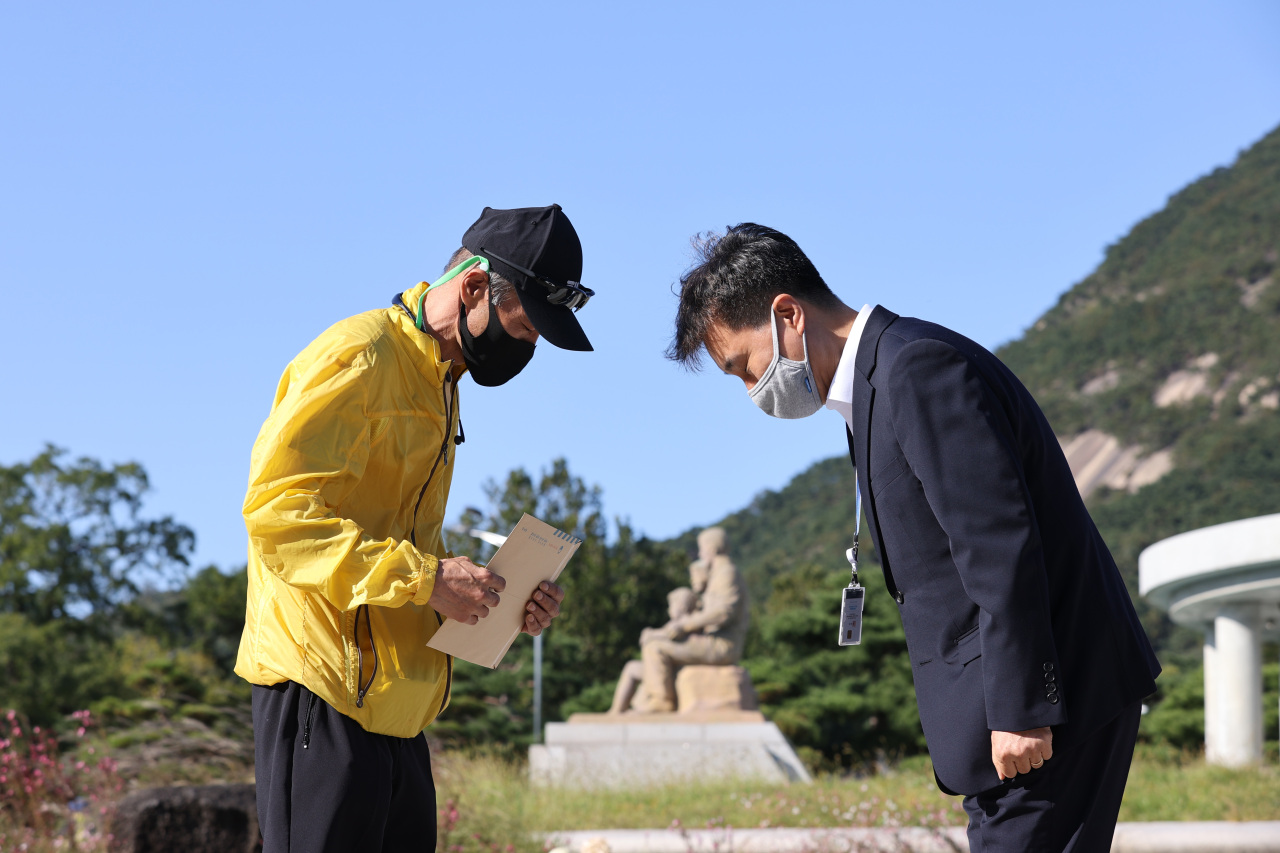 (Yonhap)
A son of the South Korean fisheries official shot dead by North Korea last month has written another letter to President Moon Jae-in, saying he was encouraged by the president's promise to get to the bottom of the incident.

The 17-year-old sent the letter Monday, a week after Moon replied to his previous note, according to the late official's elder brother, Lee Rae-jin.

"I believe in your words that you will demand accountability where it is warranted, that honor must be restored if (we) were victimized, and your promise that you will personally take care of it," the son wrote.

"It also gave me great strength. I may have lost my father, but because I know so well what kind of person he was, I cannot also lose (our) honor," he added.

In his first letter to Moon, the son demanded that the government find the truth behind his father's killing at sea and questioned its announcement that he had tried to defect to North Korea.

According to the South Korean government, North Korean military officials found him drifting in waters near the western inter-Korean sea border, shot him dead.

Lee said he decided to disclose his nephew's new letter in response to the Coast Guard's interim report on its investigation.

On Thursday, the Coast Guard told reporters that the oceans ministry official had frequently gambled online before and after he went out to sea, as well as while on his vessel.

The Coast Guard again determined that the official had sought to defect to North Korea in a state of panic to "escape reality."

Lee slammed the Coast Guard's announcement, saying he felt he had no choice but to disclose his nephew's second letter out of frustration that the investigation results had not changed.

The nephew thanked Moon in his letter for promising to help him and his younger sibling "live in this world without pain."

"I will trust your words and prepare hard for the public servant exam to realize my dream, as I have been doing until now," he said.

"I hope the pain my family is experiencing will end quickly and will keep your words in my heart as I trust in your promise and wait." (Yonhap)