Mass production of the Korean fighter jet, known by the project name KF-X, is expected to begin as early as 2026.

“From 2030 onwards, rival European jets will need replacement due to aging but their production cost is relatively high. America enjoys a price advantage but it doesn’t approve new jet sales to some countries,” Lee Il-woo, chief engineer of the KF-X project, told The Korea Herald in an interview.

And there lies an opportunity for Korea.

KF-X fighter jet (Korea Aerospace Industries)
“Our 4.5-generation aircraft is an ‘extreme machine,’” he said, referring to the sophisticated systems and tens of thousands of parts that make up the KF-X aircraft.

Korea plans to replace its retiring third-generation F-4 and F-5 warplanes with the KF-X model to bolster its airpower against other military powers, which mostly operate fourth- or 4.5-generation warplanes.

Fifth-generation fighters are the most advanced aircraft to date, as they are equipped with stealth technology that makes them less visible to enemy radar. But only a few countries, like the US, have made them combat-ready.

Compared with aerospace giants like Boeing and Airbus, the KAI is an underdog with less experience in jet manufacturing. But it has demonstrated remarkable progress in the $16 billion project, despite early skepticism that it was a reckless and risky bet. 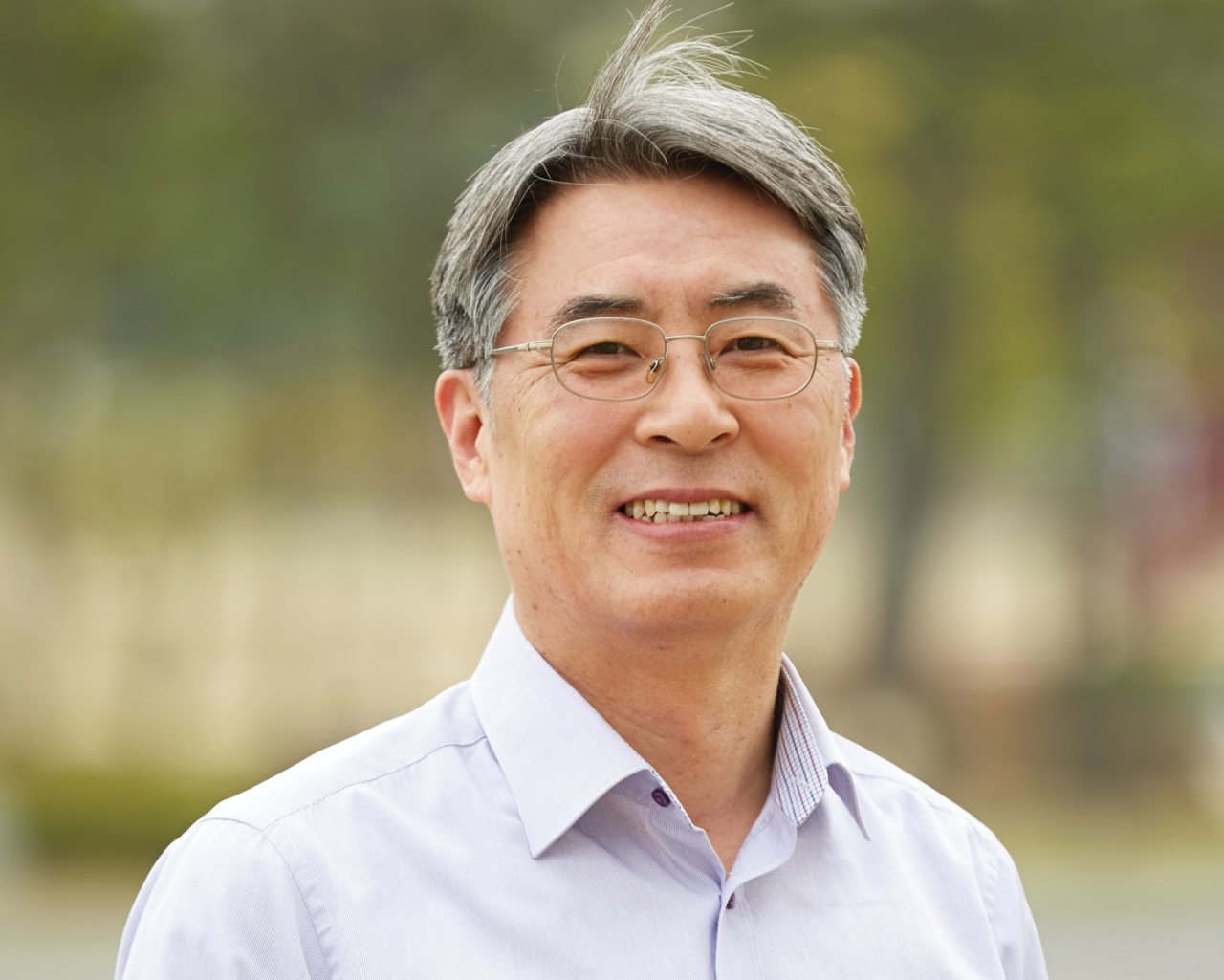 Chief engineer Lee Il-woo (Korea Aerospace Industries)
“We’ve seen no major disruptions in our timeline for production. That’s something to be very proud of because even top-tier defense companies often deal with delays,” Lee said, adding that the prototype jet to be unveiled next year will undergo one year of ground tests and four years of flight tests.

A ground test assesses digitally whether the jet can function under extreme conditions, because those checks cannot be made with an aircraft in flight. A flight test assesses the weapons systems to be installed on the jet.

Test launching of the weapons is set aside for some other time, with their production set to be complete by 2028.

KF-X fighter jet (Korea Aerospace Industries)
“We’ve also come up with our own test rig that handles the ground test,” Lee said, adding that building the test rig was a chance to expand the country’s expertise in aerospace technology.

When asked how the KAI was going about localizing the software needed for the jet, the chief engineer said his team had localized key software technologies, including flight and operation control technologies.

Lee went on to say that along with the software development, Korea’s successful localization two months earlier of a key radar technology -- called active electronically scanned array, or AESA -- would prevent the need for outside assistance to maintain the aircraft.

“It costs roughly $1.7 billion to upgrade avionics on 130 or so KF-16s,” Lee said, referring to Korea’s main fighter jets. 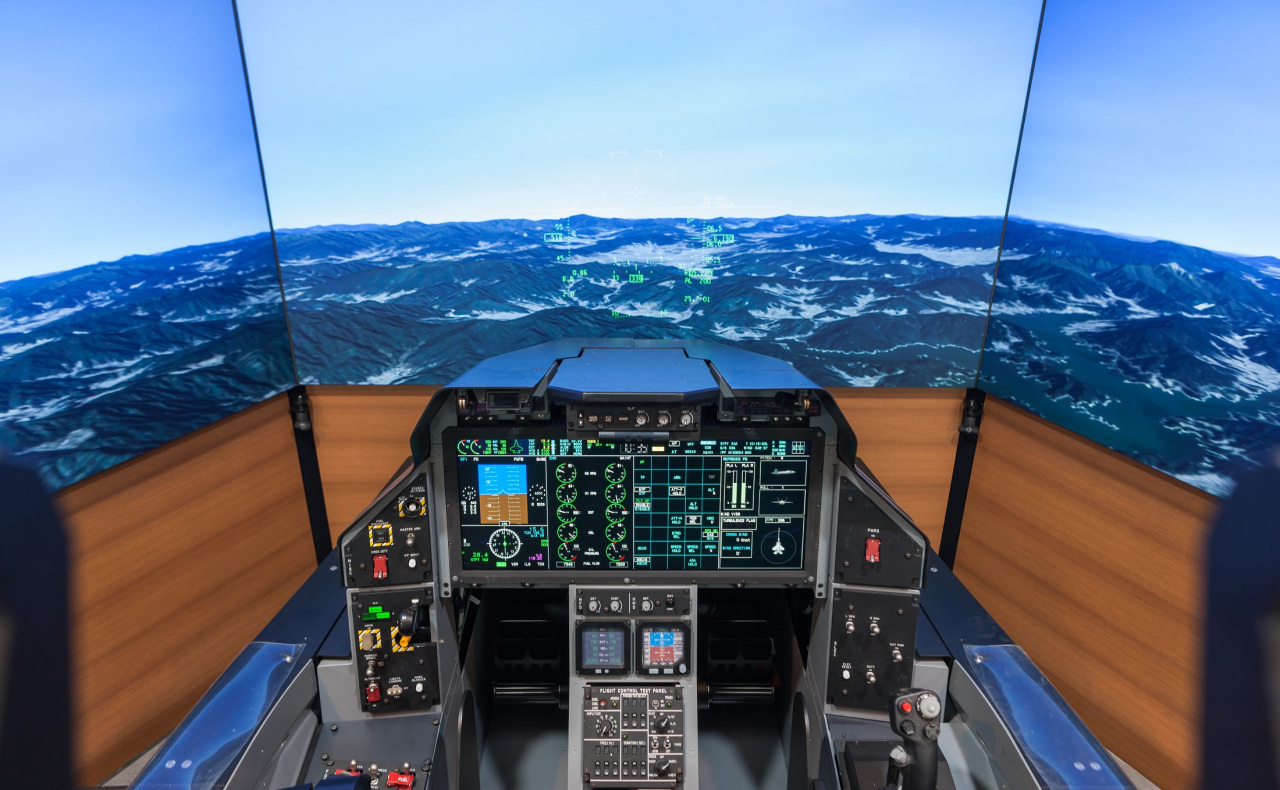 KF-X fighter jet simulator (Korea Aerospace Industries)
Advanced avionics are important because they reduce the pilot’s workload by presenting integrated information so he or she can make judgment calls more efficiently, Lee explained.

The chief engineer discussed the shortcomings he faces as well, saying his team still needs a pool of experts familiar with aerospace technologies.

“We have about 1,300 engineers on the project, but they include those with expertise in shipbuilding and not aerospace,” Lee said, maintaining that for the next five years of jet tests, his team would need more veteran aerospace engineers to pinpoint every glitch in jet performance.

Skilled professionals come first in the high-end industries like the aerospace sector, where precision is a top priority. The fact that KAI is in Sacheon, far away from Seoul, doesn’t help in its efforts to attract and retain top-quality talent, he said. 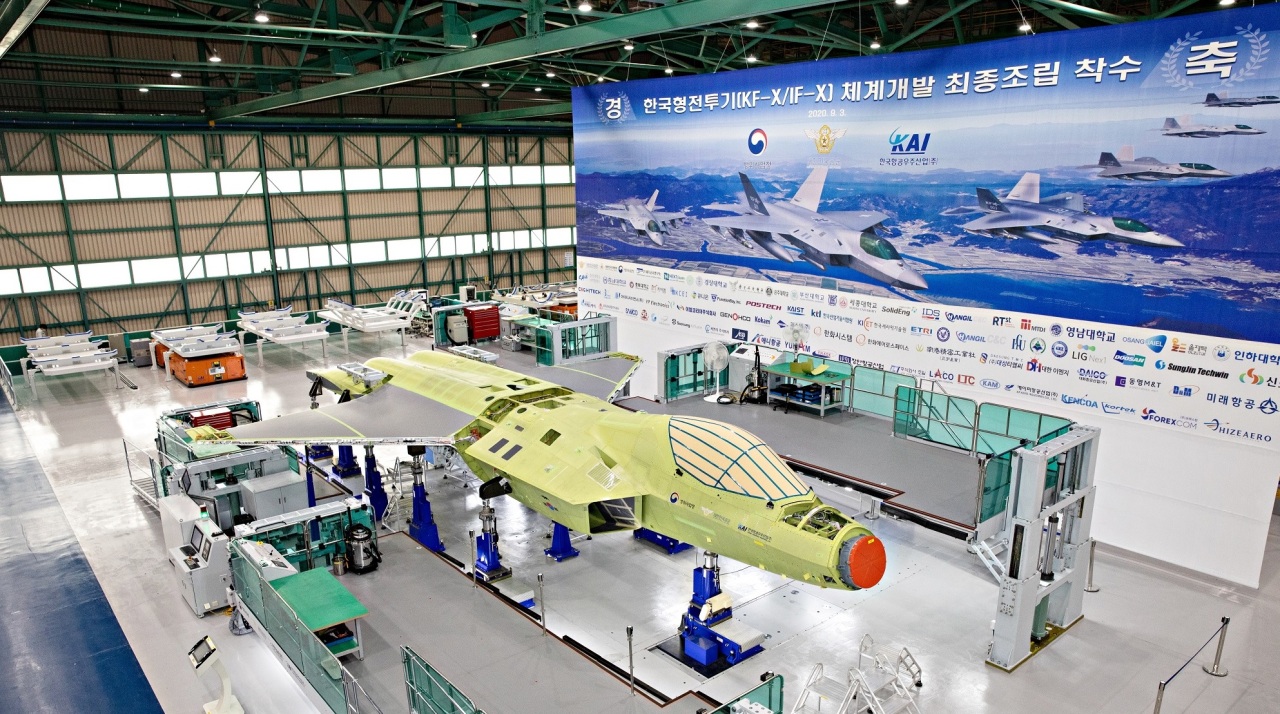 KF-X fighter jet (Korea Aerospace Industries)
Yet Lee was optimistic about the prospects for the aerospace industry in Korea.

“Korea holds a market share of less than 1 percent of the $617 billion global aerospace industry,” Lee said. “Conversely, it means there is ample room for improvement on our part.”

The chief engineer proposed action to start making the aerospace industry Korea’s next chip or shipbuilding industry -- one where it holds world dominance. 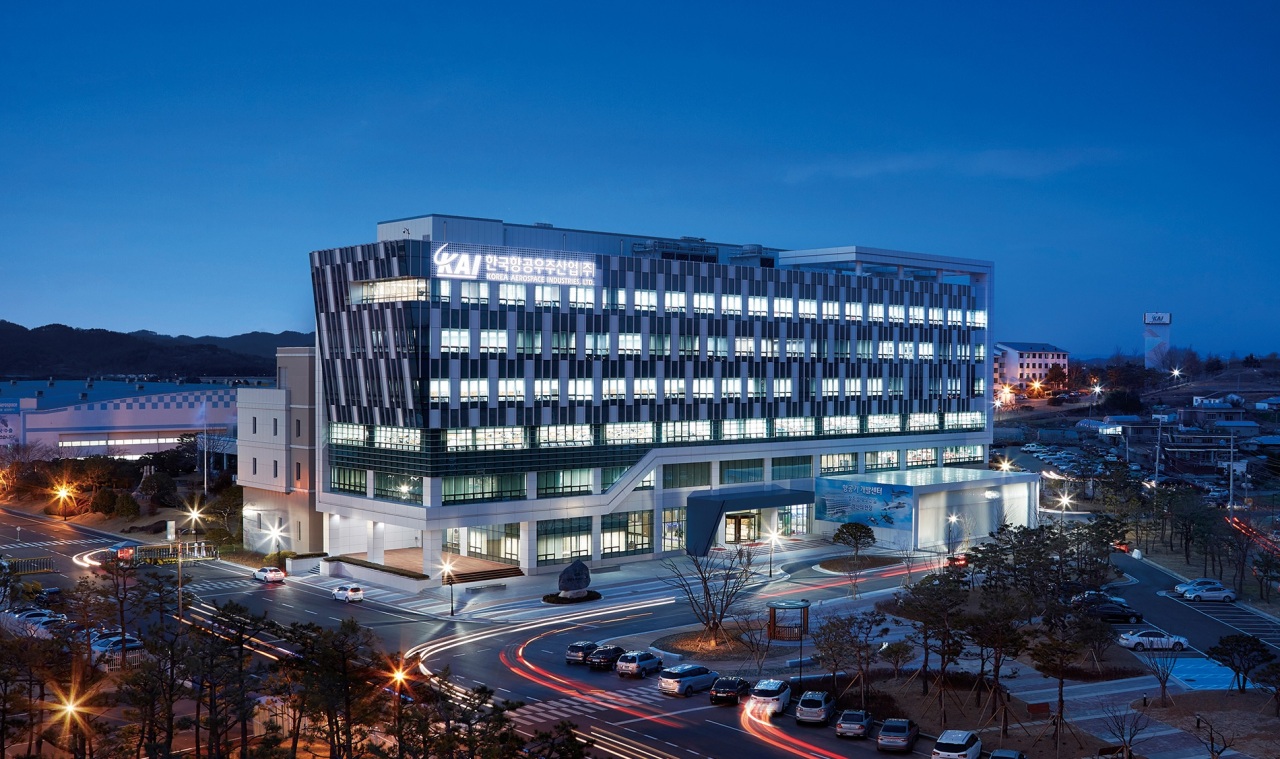 KAI R&D center (Korea Aerospace Industries)
“Korea is one of the top 10 countries in defense spending and we continue to localize fighter and training jets. That’s good, but we still import supporting aircraft like transporters,” Lee said. “We should begin localizing those now.”

Lee explained that there could be spillover from the technology gains. They may help Korea boost production of small and midsized civilian aircraft, for instance, and expand the country’s presence there as well.

“The coronavirus outbreak could restructure the aerospace industry. We need a strategy to seize on the opportunity.”