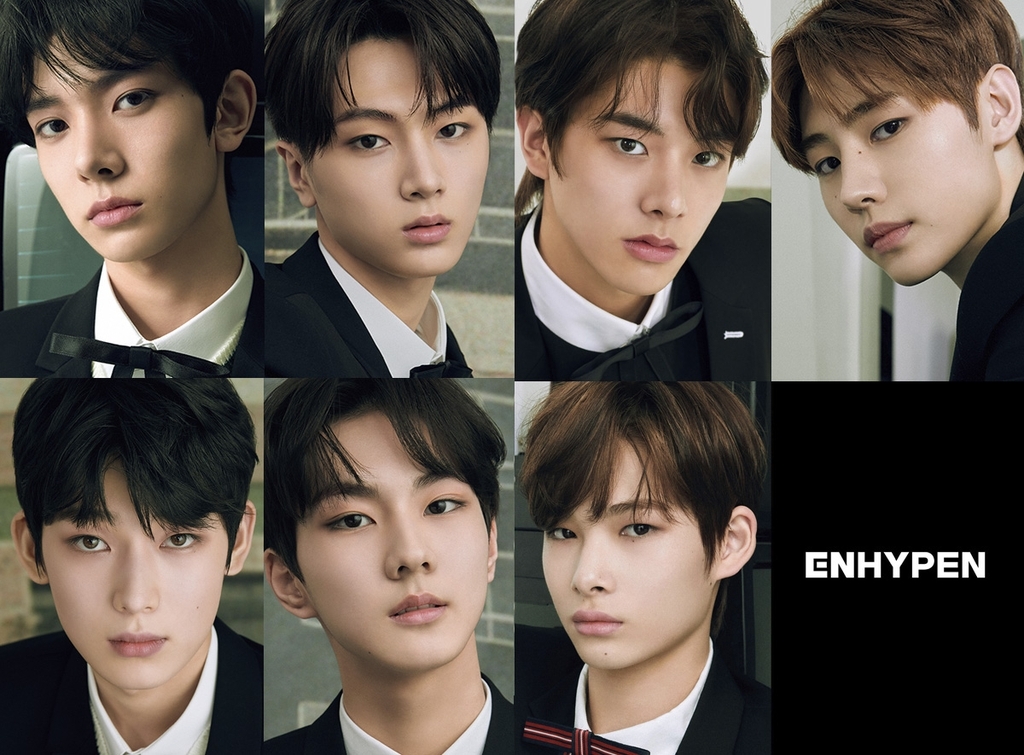 (Belift Lab)
ENHYPEN, the seven-member band consisting of reality audition program "I-Land" winners, unveiled its first trailer on Thursday ahead of its debut next month.

Big Hit's chief Bang Si-hyuk himself took part in selecting the final seven winners from a pool of 23 candidates.

The trailer "Choose-Chosen," posted on the band's official YouTube channel, shows members of the band with contrasting words such as "Trainee-Artist," "Failure-Success" and "Mortal-Immortal."

While the program was not a major success, with a rating of around 1 percent per episode, viewers from some 170 countries took part in the voting, reflecting their interest in the K-pop program.

The band has already attracted more than 3 million subscribers for its channel on the fan community platform Weverse, according to its agency.

ENHYPEN is managed by Belift Lab, a joint business between CJ ENM and Big Hit. (Yonhap)