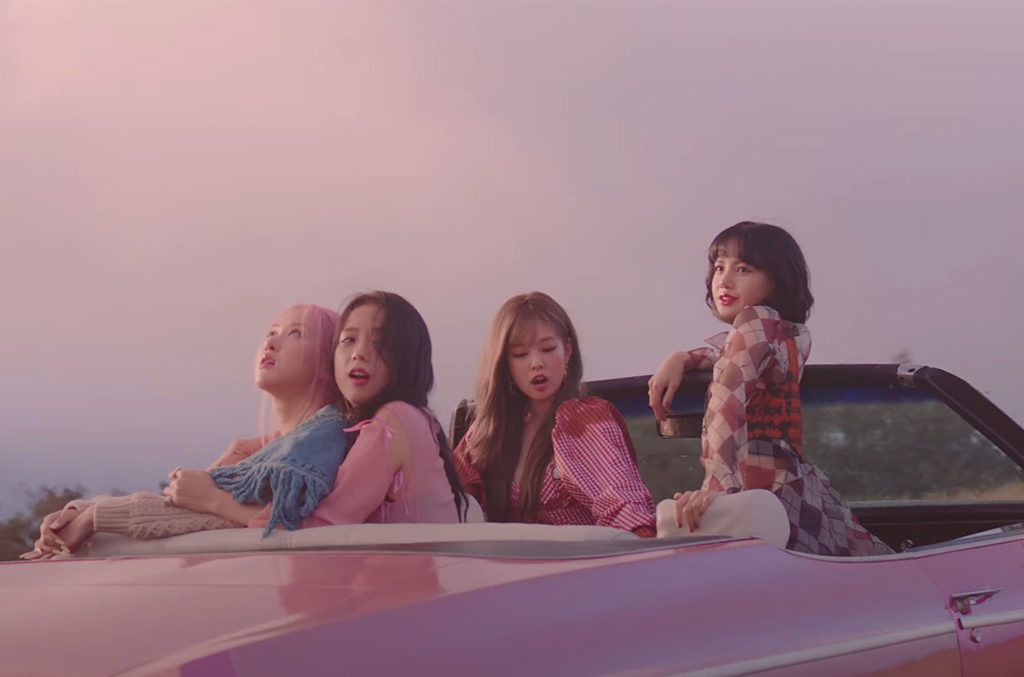 The band, which Kimmel introduced as "the most popular all-female group in the vast realm of music known as K-pop" joined the show through video chat on Tuesday (US time).

BLACKPINK's four members -- Jisoo, Jennie, Rose and Lisa -- talked about their successful gig at the Coachella music festival last year and behind-the-scene episodes from the making of their first full-length album released earlier this month, according to the band's agency.

The band gave a performance of their latest hit "Lovesick Girls" following the interview.

With the latest appearance, BLACKPINK became the first all-female K-pop act to appear as a guest on the popular talk show, which has featured a wide range of guests including former US President Barack Obama.

BLACKPINK is set to appear on another US television show, "Good Morning America," on Wednesday (US time).

The band recently made history by becoming the first K-pop girl group to rank No. 2 on the Billboard 200 and the Official Charts with its latest album "The Album." (Yonhap)