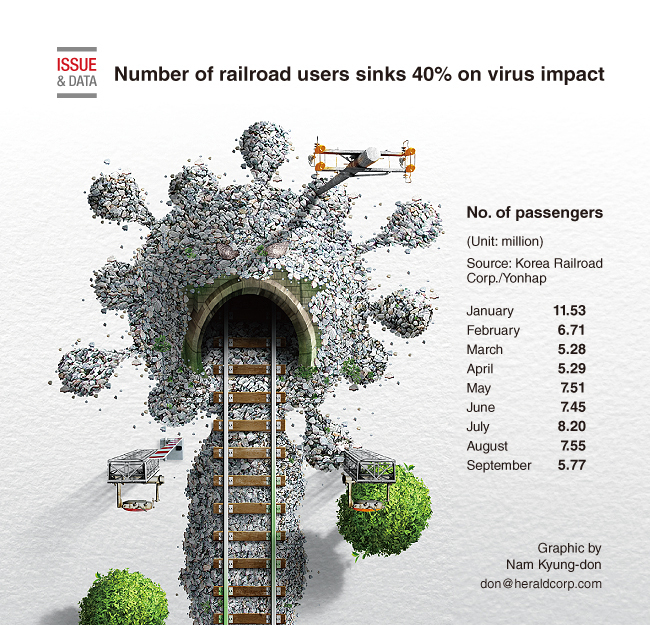 The number of passengers using South Korea’s railroad services tumbled nearly 40 percent in the first nine months of the year due to the impact of the coronavirus pandemic, data showed.

The number of passengers on the high-speed KTX and 13 other railroad lines across the country totaled 63.89 million in the January-September period, or 61.7 percent of the 134.4 million recorded during the same period a year earlier, according to the data from the Korea Railroad Corp.

The number of railroad passengers in Asia’s fourth-largest economy plunged from 11.53 million in January to 5.28 million in March as the COVID-19 pandemic spread quickly.

The figure swung to an upturn thereafter and rose to 8.2 million in July before decreasing to 7.55 million in August and 5.77 million in September amid a resurgence of infections beginning in mid-August. (Yonhap)