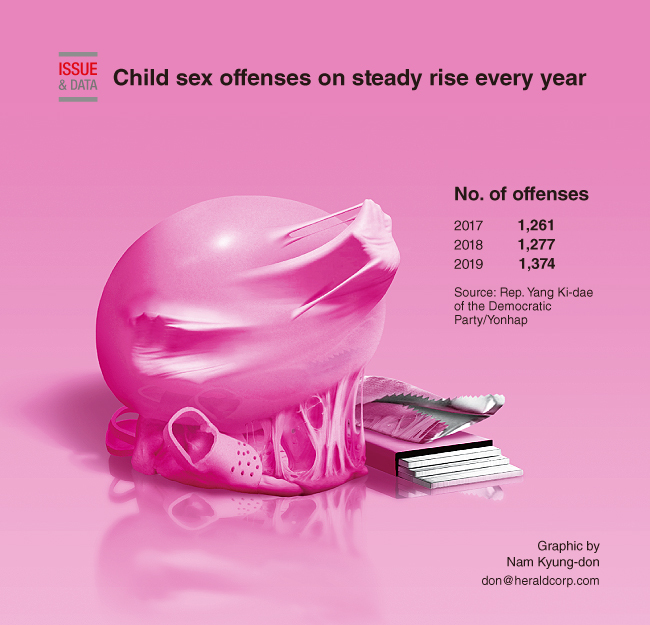 Sexual offenses against children under the age of 12 have been on a steady climb in recent years, a ruling party lawmaker said, calling for tougher punishments for their perpetrators.

Rep. Yang Ki-dae of the Democratic Party, citing data from the National Police Agency, said that 3,912 child sex offenses were reported nationwide from 2017 to 2019.