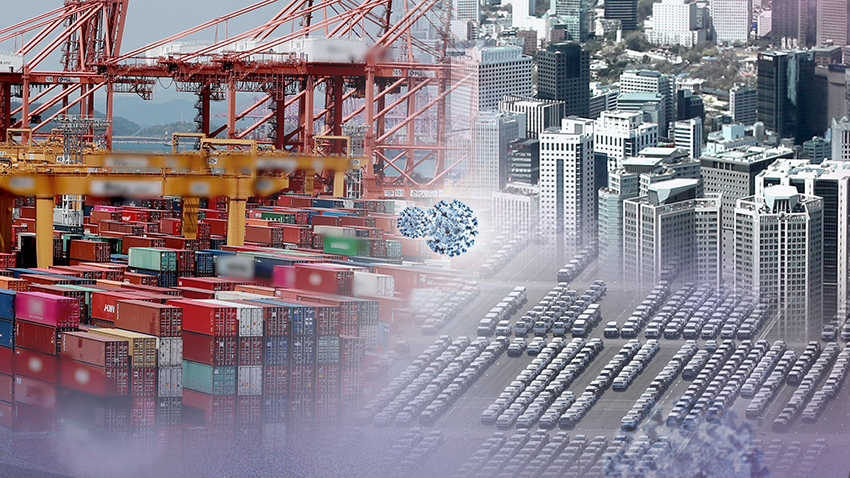 (Yonhap)
South Korea's reliance on trade reached the lowest in three years last year due to a slump in overseas sales, data showed on Sunday.

According to the data compiled by Statistics Korea, the reliance on trade, measured by dividing the country's total trade by gross domestic product, stood at 63.51 percent last year, down 2.57 percentage points from a year earlier.

The country's reliance on exports also fell to 32.94 percent last year, the lowest since 2007 when the reading was 31.68 percent.

South Korea's reliance on trade is higher than advanced countries such as the United States and Japan, which means that Asia's fourth-largest economy is vulnerable to external shocks.

Last year, the country's outbound shipments dropped 10.3 percent to $542.4 billion, the sharpest decline in a decade, amid the escalating trade row between the United States and China, the nation's top two trading partners.

South Korea's exports were earlier anticipated to rebound throughout 2020 on the back of a recovery in sales of memory chips.

The COVID-19 pandemic, however, splashed cold water on that notion, straining the export-oriented economy.

The central bank data showed the economy shrank 3.2 percent in the April-June period from the previous quarter, the biggest on-quarter drop since a 3.3 percent retreat posted in the last three months of 2008.

The country's exports rebounded for the first time in seven months in September amid the coronavirus pandemic, helped by increased shipments of chips and automobiles as major trade partners gradually resumed their business activities amid the pandemic. (Yonhap)