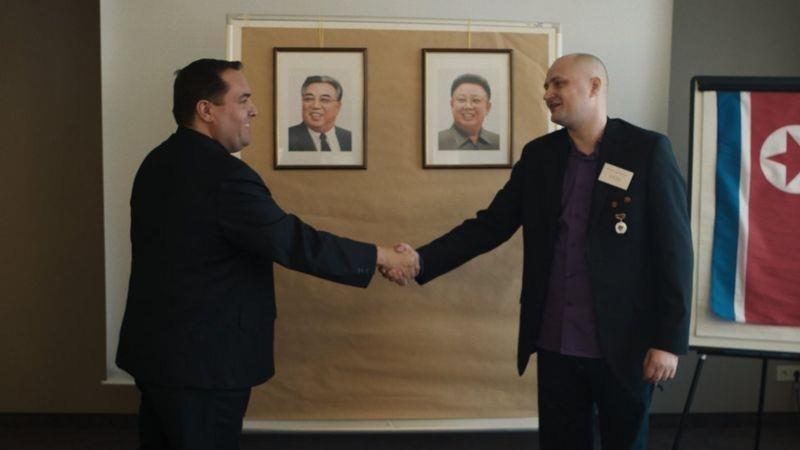 Captured image from documentary "The Mole" (BBC)
North Korea said a recent Danish documentary claims to show Pyongyang bypassing international sanctions on arms trading is “fabricated” and called Denmark to find the infiltrator, according to media reports on Friday.

The North Korean Embassy in Stockholm said the documentary “is from the beginning to the end a fabricated film which aimed to cast a slur on the image of the DPRK,” Reuters reported, citing the embassy’s letter sent to Danish newspaper Ekstra Bladet. DPRK is the acronym of the North’s official name, the Democratic People’s Republic of Korea.

The documentary centers around the former Danish chef Ulrich Larsen, who pretends to be a supporter of North Korean leader Kim Jong-un, and joins the Korean Friendship Association, a pro-North Korea group based in Spain. After gaining trust from the group, he travels to North Korea for a meeting with North Korean officials about possible arms deals.

The three-part series includes footage of North Korean diplomats in embassies facilitating illegal activities, in violation of UN sanctions. The North Korean Embassy said it was “outraged,” according to the letter.

“(Larsen) is completely out of reach and has disappeared but he must be in Scandinavia or somewhere in Europe and it will be easy for Danish authorities to find him,” the letter said.

After the documentary went on air over the weekend via BBC and Nordic TV channels, Denmark and Sweden’s foreign ministers said they were “deeply concerned” by the content of the film, and decided to take the issue to the UN Sanctions Committee, as well as the EU.