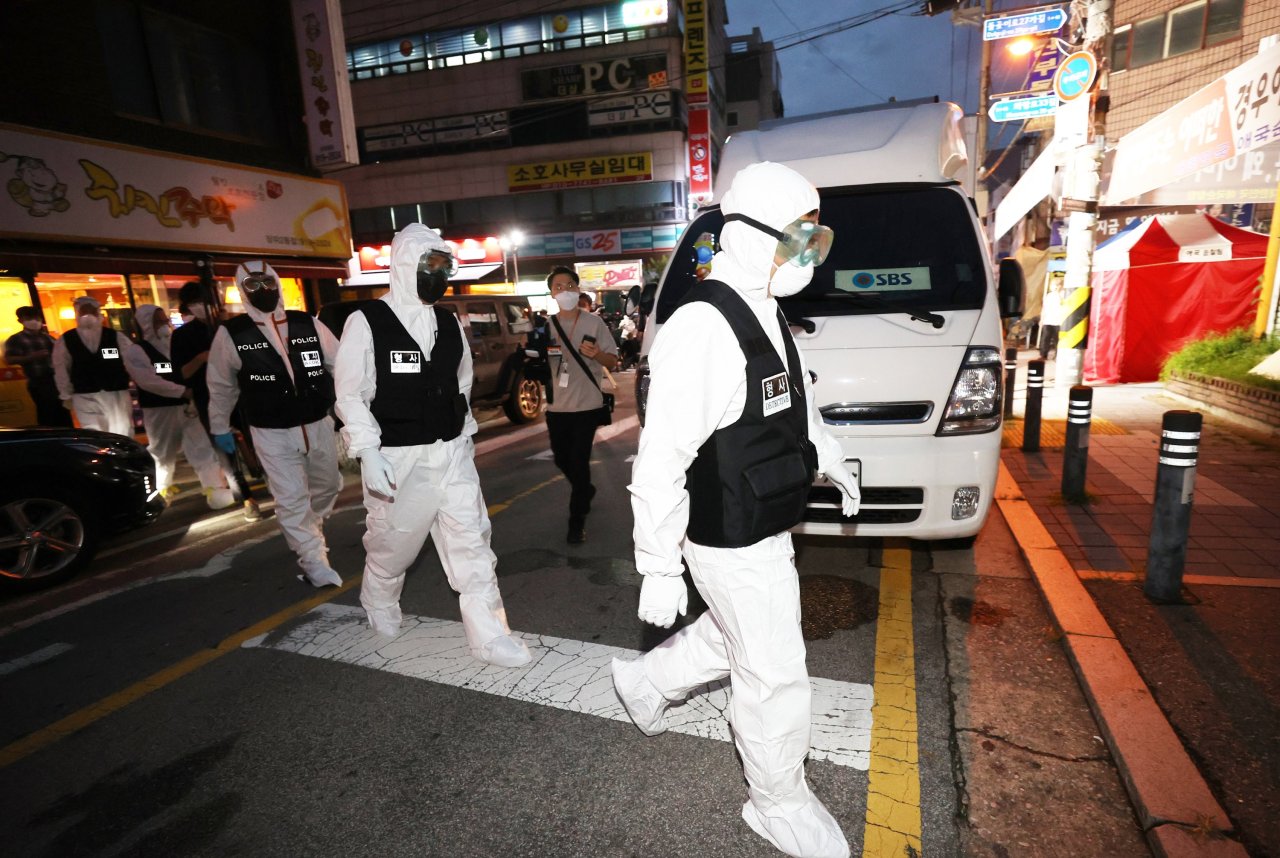 (Yonhap)
A court has rejected arrest warrants for a priest and a church elder over their alleged obstruction of the government's efforts to contain the spread of the novel coronavirus.

The two officials of Sarang Jeil Church in northern Seoul, a recent hotbed of the coronavirus pandemic with more than 1,100 cases linked to it, were suspected of violating the Infectious Disease Control and Prevention Act.

They allegedly disrupted health authorities' antivirus efforts by hiding closed-circuit TV (CCTV) footage despite having received an acquisition request for the footage needed for epidemiological surveys.

By rejecting to issue warrants, the court said it also considered the amount of secured evidence, the progress of the probe, the social status of the suspects and their attitudes in the investigation. Whether an analysis of CCTV footage could be considered one of the methods of epidemiological surveys was also debatable under the country's laws, it added.

As of Thursday, a total of 1,168 virus cases had been traced to the church, according to the Korea Disease Control and Prevention Agency (KDCA). Since the first case at the church was reported on Aug. 12, large-scale transmissions have occurred, with many members participating in the massive anti-government rallies on Liberation Day on Aug. 15.

The police are known to have recently secured evidence supporting the allegations against them. (Yonhap)