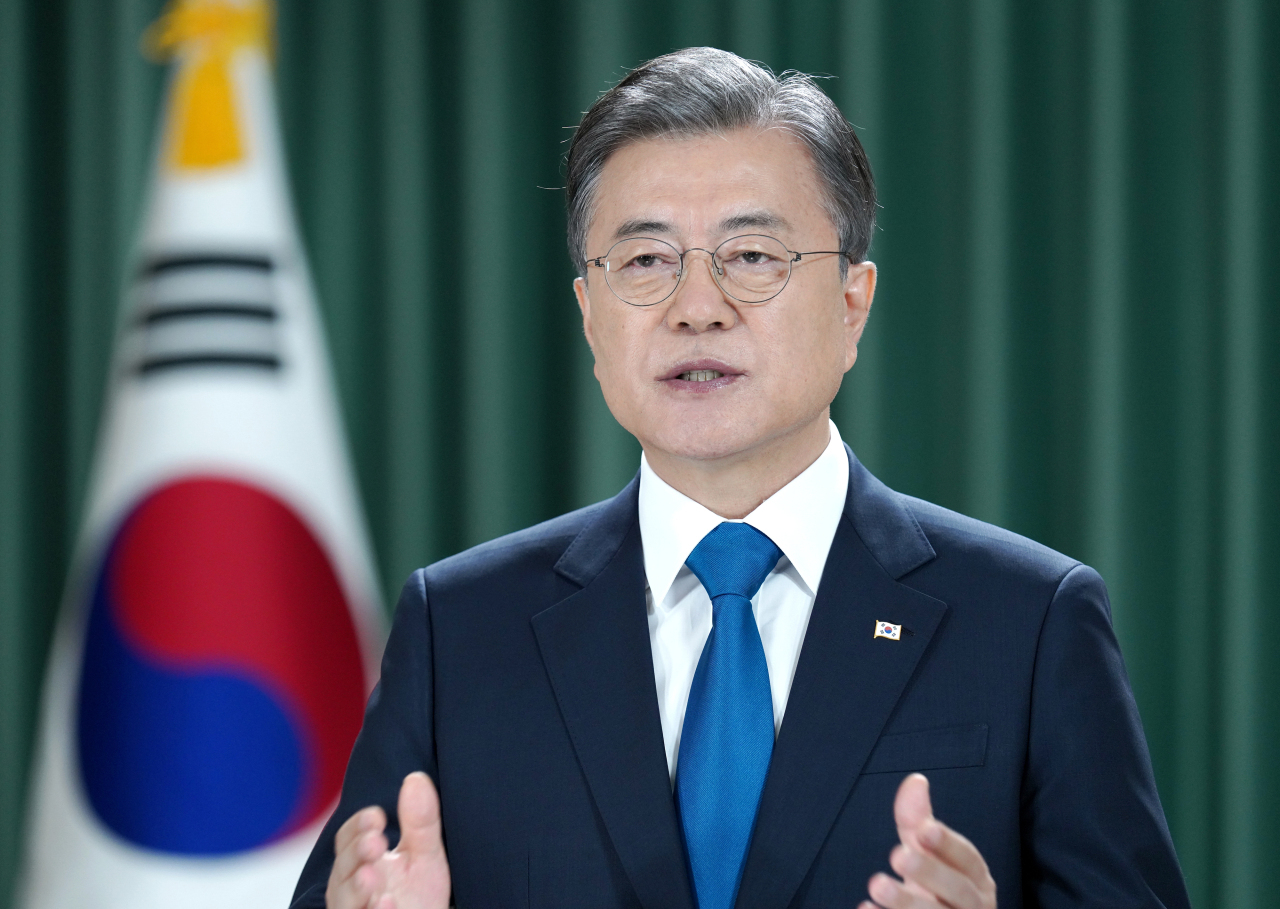 President Moon Jae-in addresses the UN General Assembly in a video message on Sept. 22, 2020. (Cheong Wa Dae)
Shortly after South Korean President Moon Jae-in proposed Tuesday in his UN address that the international community help to bring an official end to the 1950-53 Korean War with the end-of-war declaration, the US State Department highlighted a “unified response” to North Korea, while one former US official called the overture “out of sync” with the US position.

“The United States and the Republic of Korea coordinate closely on our efforts related to the Democratic People’s Republic of Korea, and we are committed to close coordination on our unified response to North Korea,” the State Department told Voice of America on Wednesday, without elaborating if the US was on board with Seoul on the declaration.

The message is largely seen as hinting at US discontent with the Moon administration, which had not fully consulted its biggest ally in advance on the topic of ending the war that still leaves the two Koreas at an armistice without a peace treaty.

Former US security officials were more pronounced in voicing concerns.

“I have also rarely seen a Korean president deliver a speech in the United Nations more out of sync with where the US Congress and US administration are,” Michael Green, a senior adviser at the Center for Strategic and International Studies, told VOA on Wednesday

Green served as director of Asian affairs and the president’s special assistant for national security affairs under George W. Bush.

“Achieving the denuclearization of North Korea and establishing a viable peace are the necessary conditions for permanently ending the Korean War,” Evans Revere, deputy assistant secretary of state for East Asian and Pacific affairs, told VOA.

Revere added that Washington cannot simply declare the end of the war because that would not carry real meaning unless other steps were taken. He said Pyongyang would consider any declaration empty as well as long as it does not obliterate the Seoul-Washington alliance and the American troop presence in Korea.

Robert Gallucci, who served as the chief US negotiator for the North Korean nuclear crisis in 1994, found Moon’s idea of formally ending the Korean War agreeable, but with conditions.

“But let’s connect it to other moves towards resolution of the existing situation of conflict, presumably one in the area of nuclear weapons,” he told VOA, cautioning against seeking alone a step to end the war.