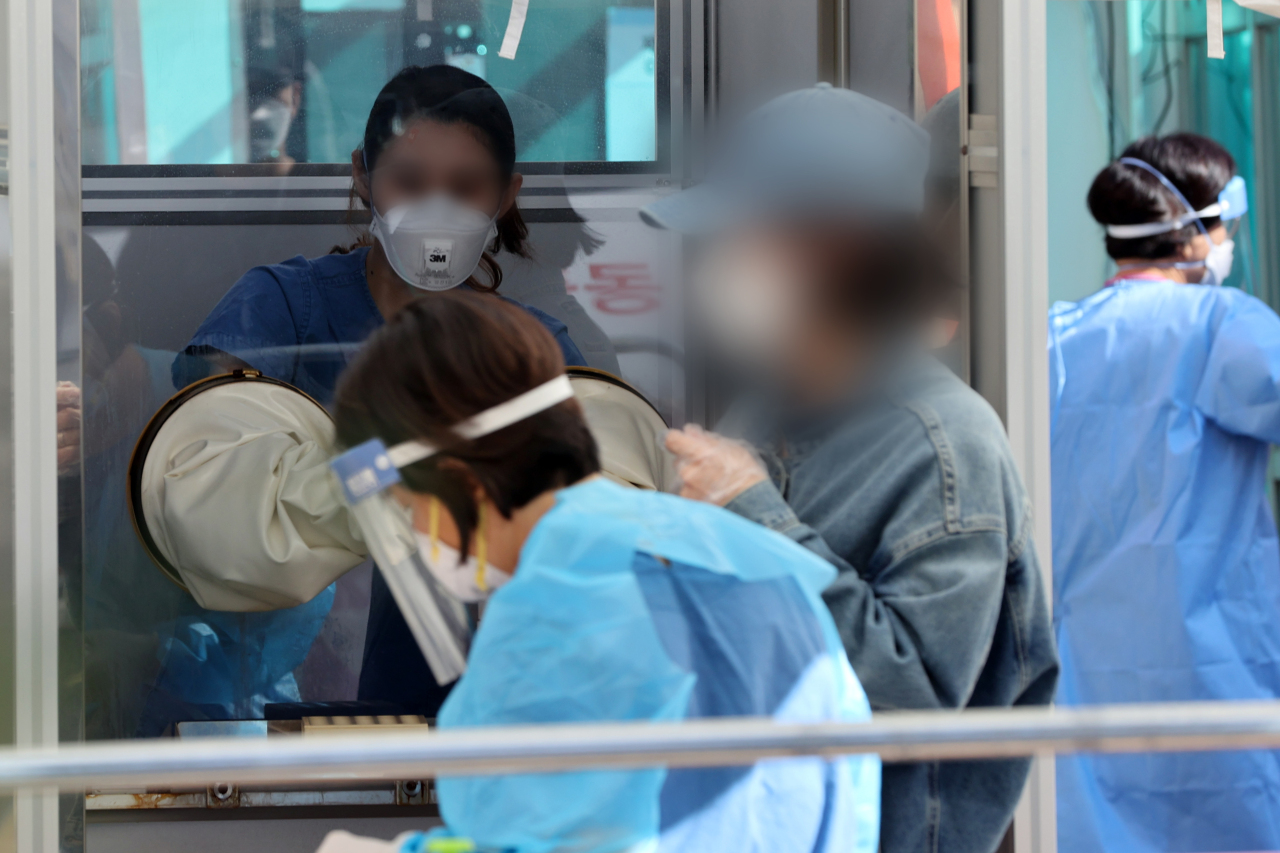 Korea counted 110 new COVID-19 cases on Wednesday, according to the Korea Disease Control and Prevention Agency -- 99 locally transmitted and 11 imported.

The resurgence of COVID-19 here has been contained “considerably,” but it will take further time and efforts to stabilize the situation enough to lower social distancing to Level 1, Vice Health and Welfare Minister Kim Gang-lip said at a briefing Wednesday.

The daily tally announced Wednesday at midnight marks a rise from three consecutive days of double-digit gains -- 61 on Tuesday, 70 on Monday and 82 on Sunday.

Before that, the country reported triple-digit numbers of new cases for 37 days in a row dating to Aug. 14 amid the resurgence of COVID-19 in the Seoul metropolitan area triggered by a Seoul-based church and a massive rally on Aug. 15. The number peaked at 441 on Aug. 27.

Health authorities are grappling with cases with untraceable sources of infection, which could mean the virus is spreading undetected in local communities and could drive up the number of cases at any time. Transmission routes were unidentified for 25.2 percent of the new cases reported Sept. 10-23, according to the disease control authority.

Clusters of infections that continue to pop up across the country are also keeping the authorities on their toes ahead of the upcoming Chuseok holiday, which runs from Sept. 30 to Oct. 4, when millions of people are expected to travel across the country for family reunions and holidays.

A new cluster of infections was reported at an office building in Yeouido, southwestern Seoul. After the first case was registered Sunday, four more people tested positive for the coronavirus. The number of cases linked to a supermarket, a public sauna and other office buildings in Seoul also continued to rise.

In fear of a possible spike in infections triggered by a mass movement of people, the government has urged the public to refrain from traveling throughout the country during the holiday. After Chuseok, Korea celebrates its writing system on Hangeul Day, which falls Oct. 9.

“The next two weeks, including the Chuseok holiday and Hangeul Day, will be a critical juncture that determines whether we can go back to the Level 1 social distancing scheme or face a difficult time of resurgence of COVID-19 in the autumn,” Kim said at the briefing.

The government is to lay out detailed virus control measures on Friday to prevent the spread of the virus over the Chuseok holiday. It designated the period from Sept. 28 to Oct. 11 as a special quarantine period.

Currently, Level 2 social distancing rules are in place nationwide until Sept. 27, under which all indoor gatherings of 50 and outdoor gatherings of 100 or more people are banned. Public facilities, such as museums or libraries as well as high-risk facilities such as clubs and internet cafes, are closed.

Kim also said that the government would take stern actions against unauthorized rallies over Chuseok, referring to the Aug. 15 rally that is linked to 623 cases so far. A group of conservative activists plan to hold a rally on Oct. 3 in central Seoul.

Of Wednesday’s locally transmitted cases, the majority were in Greater Seoul -- 40 in Seoul, five in neighboring Incheon and 28 in Gyeonggi Province, which surrounds the capital.

The number of COVID-19 patients in serious or critical condition was 139 as of midnight Tuesday, down five from the previous day.

The death toll remained unchanged at 388, with the overall fatality rate sitting at 1.67 percent.

So far, of the 23,216 people confirmed to have the new coronavirus here, 20,650 have been released from quarantine upon making full recoveries, up 209 from a day earlier. Some 2,178 people are receiving medical treatment while under quarantine.