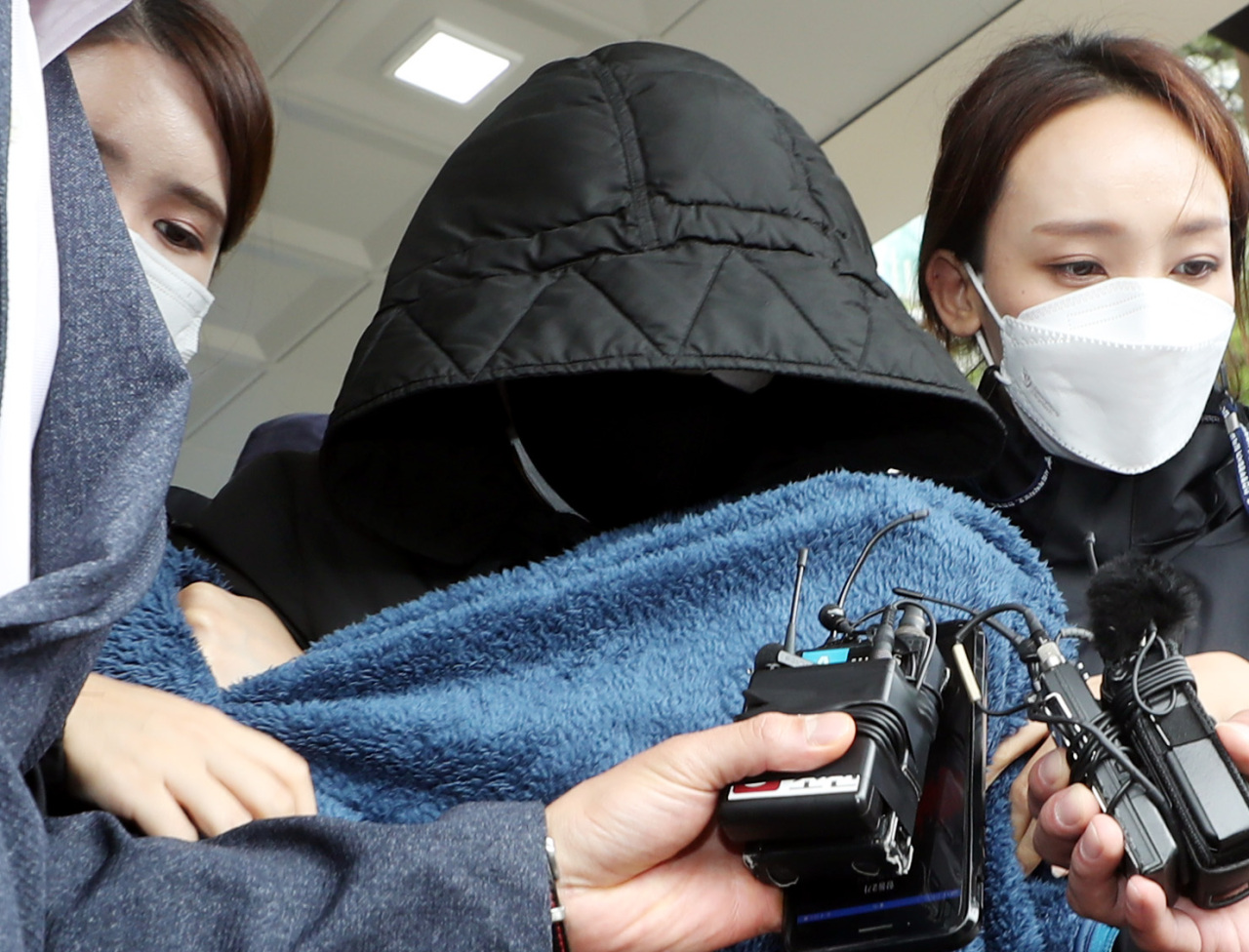 The suspect under investigation for drunken driving in Incheon earlier this month walks out of her arrest warrant hearing Monday. (Yonhap)
Police referred a case to the prosecution Friday, recommending that an Incheon woman be indicted for drunken driving over a collision that killed a delivery worker in Incheon earlier this month. The woman, 33, was escorted to the prosecution at around 8:30 a.m. in a police vehicle.

The suspect allegedly drove a Mercedes-Benz into a 54-year-old motorcyclist who was making the last fried chicken delivery of the day. The injured man was immediately taken to a nearby hospital but was soon pronounced dead.

The Incheon Jungbu Police Station says the driver had a blood alcohol concentration of over 0.1 percent, which is grounds to revoke her driver’s license. She has been in police custody since the accident as the court believed she might run away.

The case has drawn immense public attention since the deceased’s daughter posted a petition on the Blue House website last week calling for severe punishment.

A total of 602,611 people had signed the petition as of Friday at11:30 a.m., well above the 200,000 signature requirement that guarantees a response from the Blue House.

“My father, who is the youngest of seven siblings, has passed away, and my family all of sudden is devastated,” the petitioner wrote.

The police say they intend to ask prosecutors to pursue the maximum penalty in the case. If convicted, the driver faces at least three years in jail and could face life imprisonment since her alleged acts resulted in a person’s death.

Sentences for drunken driving were toughened recently under the “Yoon Chang-ho Act,” which passed in 2018 in honor of a victim of a drunken driver.

The police added that they were also reviewing whether a passenger in the car should be charged with reckless endangerment. According to the driver, her 47-year-old male passenger forced her to drive because she had drunk less, police said.

If the passenger is convicted under the Yoon Chang-ho Act, he could also face prison. Usually, passengers found guilty of reckless endangerment are fined but not imprisoned.

The police plan to refer the passenger’s case to the prosecution next week.