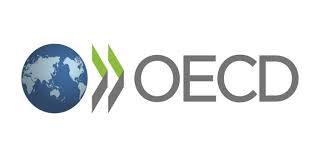 It also reiterated the need to sustain expansionary fiscal policies, warning that hasty belt-tightening as the economy is slowly recovering could dampen growth prospects for next year.

In its biannual Interim Economic Outlook, the OECD suggested that the economic situation in major countries has improved since the body published its previous outlook.

Each year the OECD publishes its Economic Outlook report on all member states and Group of 20 states, first in May or June and again in November or December. It also announces biannual interim reports in March and September, focusing on key economies to give a brief outline of the direction of the global economy.

According to the latest interim report, the global economy is anticipated to shed 4.5 percent on-year, up 1.5 percentage points from the June projection.

Driving the rebound momentum were the world’s top two economies, which have been moving toward the alleviation of travel bans.

For China, the yearly economic outlook was raised by 4.4 percentage points to 1.8 percent. For the United States it increased by 3.5 percentage points, from minus 7.3 percent to minus 3.8 percent. The economic growth of the eurozone will also improve to minus 7.9 percent, up from the previous minus 9.1 percent, the report said.

For emerging economies, however, the OECD mostly lowered the individual projections, reflecting the worsening pandemic and the prolonged quarantine actions. India faced the steepest cut, with its 2020 growth outlook sinking to minus 10.2 percent, down further from the previous minus 3.7 percent.

In its June report, the OECD had suggested a two-track approach comprising a “single-hit” scenario and a “double-hit” one, due to the high level of uncertainty.

In the latest interim report, the organization narrowed those down to a single scenario -- built on the premise that sporadic coronavirus outbreaks will persist around the world throughout this year and that the distribution of an effective vaccine will take more than a year.

Overall, the global economy will rebound over the coming year but in most economies, the level of output at the end of 2021 will remain below that seen as of the end of 2019, the OECD added.

“The OECD has predicted that Korea’s economy will contract 1 percent in 2020, up 0.2 percentage point from the June figure,” the ministry said in a release.

Though the latest adjustment was scaled down from the 0.4 percentage point raise that the OECD had tentatively suggested in its August report on the Korean economy, Asia’s fourth-largest economy continues to remain in the top tier in terms of economic resilience.

Despite the anticipated economic contraction for this year, it said, “Korea’s economic growth will be the highest among OECD members and the second among G20 members, next to China.”

The ministry also underlined that additional fiscal measures and supportive monetary policies need to be sustained.

“The aim must be to avoid premature budgetary tightening when economies are still fragile. Premature withdrawal of fiscal support in 2021 would stifle growth, as occurred in the aftermath of the global financial crisis in many countries,” the ministry said, quoting the paper.

Korea’s Moon Jae-in administration is pushing ahead with an extensive fiscal package to revitalize the virus-hit economy, under the slogan “Korean New Deal” -- a midterm economic road map to invest some 100 trillion won into digital and environmental friendly innovation and to create some 1.9 million new jobs by 2025.