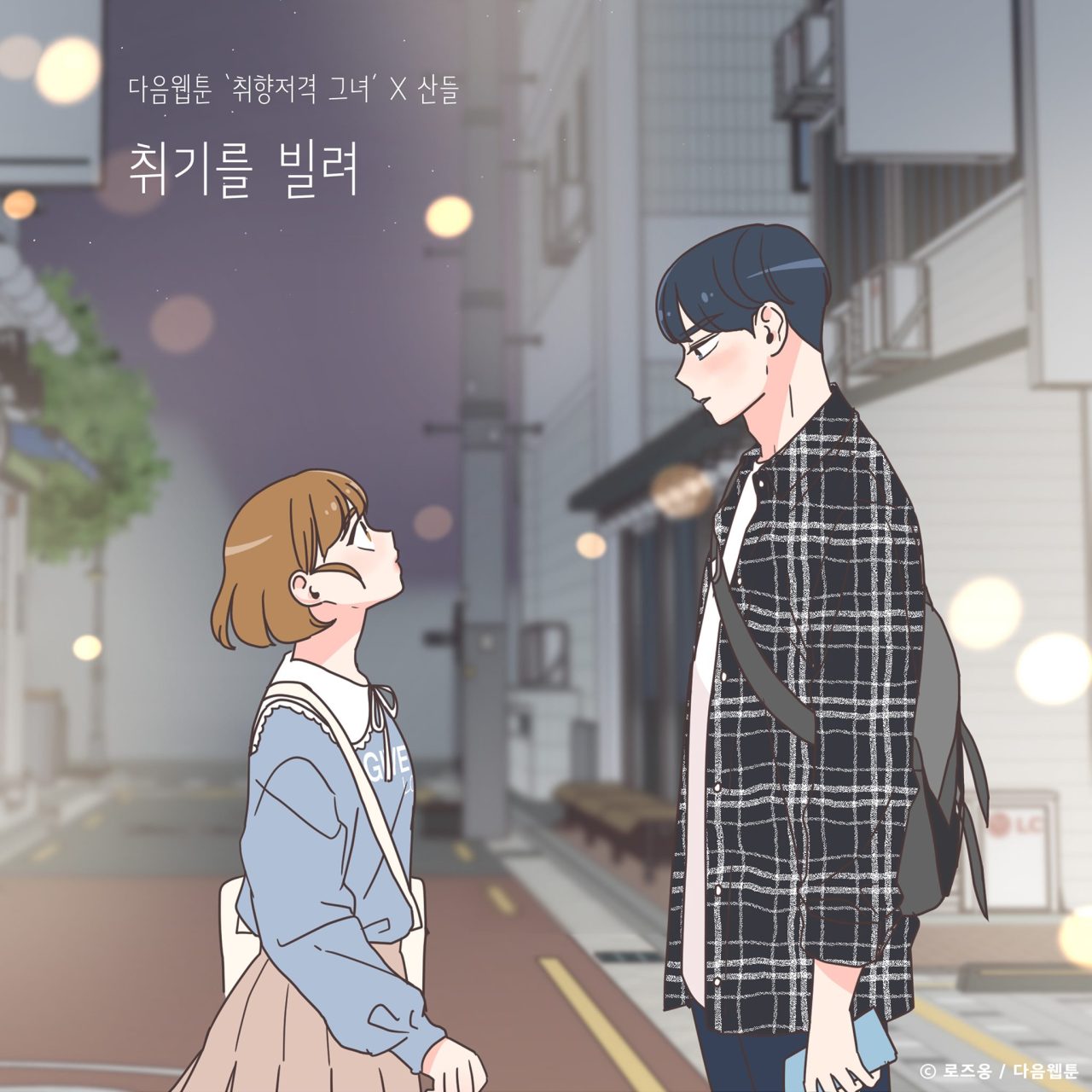 “Slightly Tipsy” by Sandeul. (Daum Webtoon)
While it has become common for songs from movie and drama soundtracks to hit the top of music charts, songs related to webtoon stories have not generally reached that level of recognition.

That may no longer be the case.

After its release in July 20, “Slightly Tipsy,” a song from the soundtrack of Daum Webtoon “She is My Type” by K-pop group B1A4’s Sandeul steadily climbed the charts to reach the No. 2 spot on the Melon charts, just after BTS’s “Dynamite.”

“She is My Type” by Roseong is one of the most popular webtoons on Daum, with over 200 million net views. Five more songs based on the webtoon have been released since the release of “Slightly Tipsy,” with the latest song, “Have a Good Night” by K-pop group Monsta X members Shownu and Minhyuk, released on Sept. 11.

Bolstered by the large fan base of the webtoon and the use of mainstream popular singers like Gray, K-pop group Super Junior’s Kyuhyun, Crush, and Car, the Garden, songs from “She is My Type” have grabbed mainstream attention and now threaten to storm the charts.

Songs without lyrics were played as background music for some webtoons in the early 2000s and those that had lyrics were usually sung by little-known indie musicians with personal connections to the authors. They served to add an extra element in grabbing the reader’s attention.

Now, webtoon OSTs are made with one eye on the charts.

With the soaring popularity of webtoons, with many of them successfully adapted for television dramas, webtoon platforms like Kakao and Naver saw an opportunity and decided to tackle the music market by releasing digital singles and even albums with lyrics based on webtoon stories featuring mainstream artists.

BewhY released “Newly” in March for the soundtrack of webtoon “Itaewon Class” while Lee Seung-chul sang “I Will Give You All” and actor Park Bo-gum appeared in the music video for the soundtrack of novel-based webtoon, “The Legendary Moonlight Sculptor.” In addition, singer Baek A-yeon and Kassy both sang the sound track for popular Naver Webtoon “Yeonnom.”

“Daum Webtoon that showed success in visual contents like dramas and movies in the past has made a successful IP business case in the music market with ‘She is My Type’ OST,” said Chung Hwan-suk, vice president of Daum Webtoon. “Besides OSTs, Daum Webtoon will try to find diverse ways readers can enjoy original stories and expand the IP universe.”