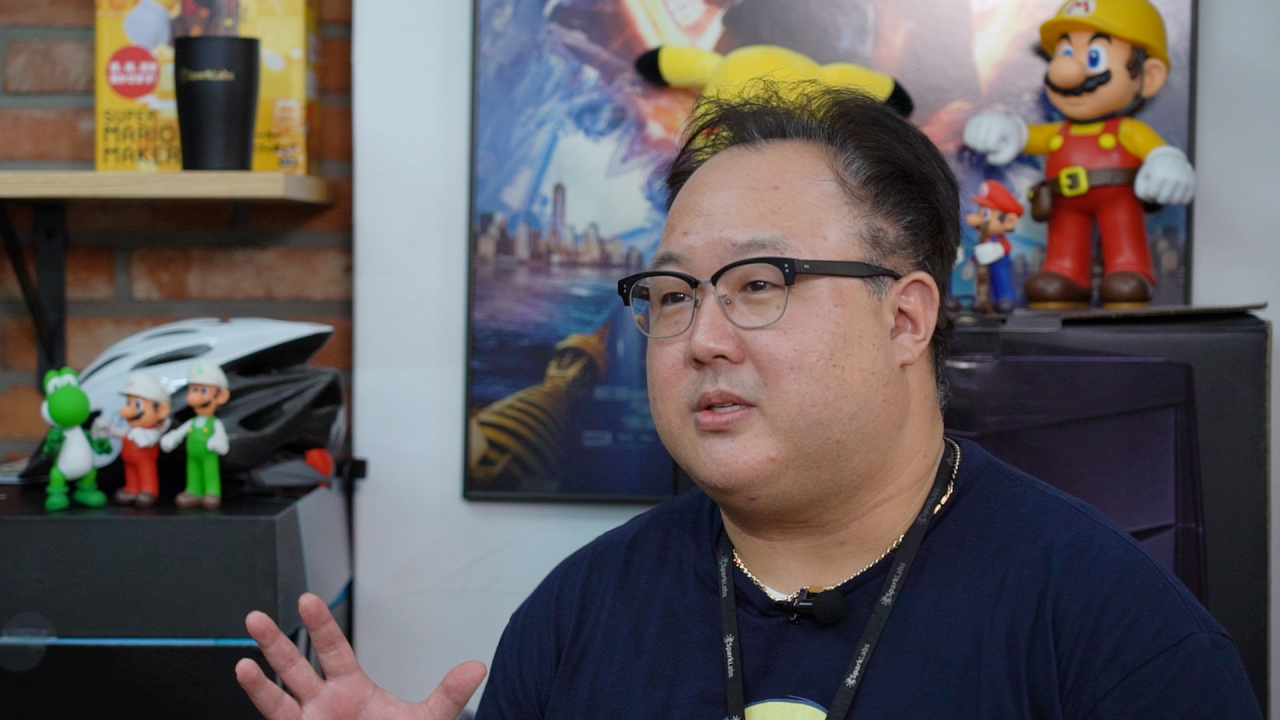 Kim Eugene, general partner and CEO of SparkLabs, talks about collaboration with the Association of Southeast Asian Nations bloc during an interview for the ASEAN Issue. (The Korea Herald)
The ASEAN-Korea Centre is set to launch a new series titled “ASEAN Issue,” a set of videos and articles focused on the region, Thursday.

The series will feature in-depth analysis, diverse perspectives and personal experiences of professionals including CEOs, K-pop idols, YouTubers and professors.

The ASEAN Issue is presented in two formats: video interviews and articles. A total of five video interviews will be presented, touching upon the topics of ASEAN-Korea startup cooperation, Korean unicorn startups in the 10-member Association of Southeast Asian Nations, ASEAN-Korea sports exchanges, K-pop idols from the region and a Korean YouTuber introducing Korea to viewers in Southeast Asia.

The first episode, slated to be released Thursday, will feature an interview with Kim Eugene, general partner and CEO of SparkLabs, a Seoul-based global startup accelerator. In the interview, Kim assesses the potential of ASEAN startups and stresses the importance of collaboration between ASEAN and Korean startups.

An article series, consisting of eight articles, will cover a broad range of issues -- ASEAN integration, a future-oriented ASEAN-Korea partnership, the story of an ASEAN unicorn, mutually beneficial economic partnership, the revitalization of ASEAN-Korea tourism, collaboration in contents industries and policies related to ASEAN migrants in Korea.

The first article by Lee Sun-jin, former Korean ambassador to Indonesia, scheduled to be uploaded Thursday, offers insights into ASEAN integration based on his firsthand experience working on the development of a transborder bus system, broadband networks, railways crossing borders of ASEAN countries and the impact of such integration. The full article will be sent to ASEAN-Korea Centre’s monthly newsletter subscribers and will also be available on the website.

“With the ever-growing importance of digital platforms such as YouTube amidst the COVID-19 pandemic, the ASEAN Issue is launched in an attempt to disseminate interactive and quality content on ASEAN through online platforms. I hope the ASEAN Issue will contribute to the public’s greater interest and deeper understanding of ASEAN and ASEAN-Korea relations,” said Lee Hyuk, secretary-general of the ASEAN-Korea Centre.

Lee said the ASEAN-Korea Centre has striven to serve as a platform providing in-depth resources on ASEAN. “Since its inception in 2009, the Centre has hosted the ASEAN Lecture Series offering public lectures on various topics ranging from history, society and cultures of ASEAN to digitalization and the Korean Wave,” he said.

The ASEAN Issue series and updates will be available through the ASEAN-Korea Centre’s website, monthly newsletter and YouTube channel.