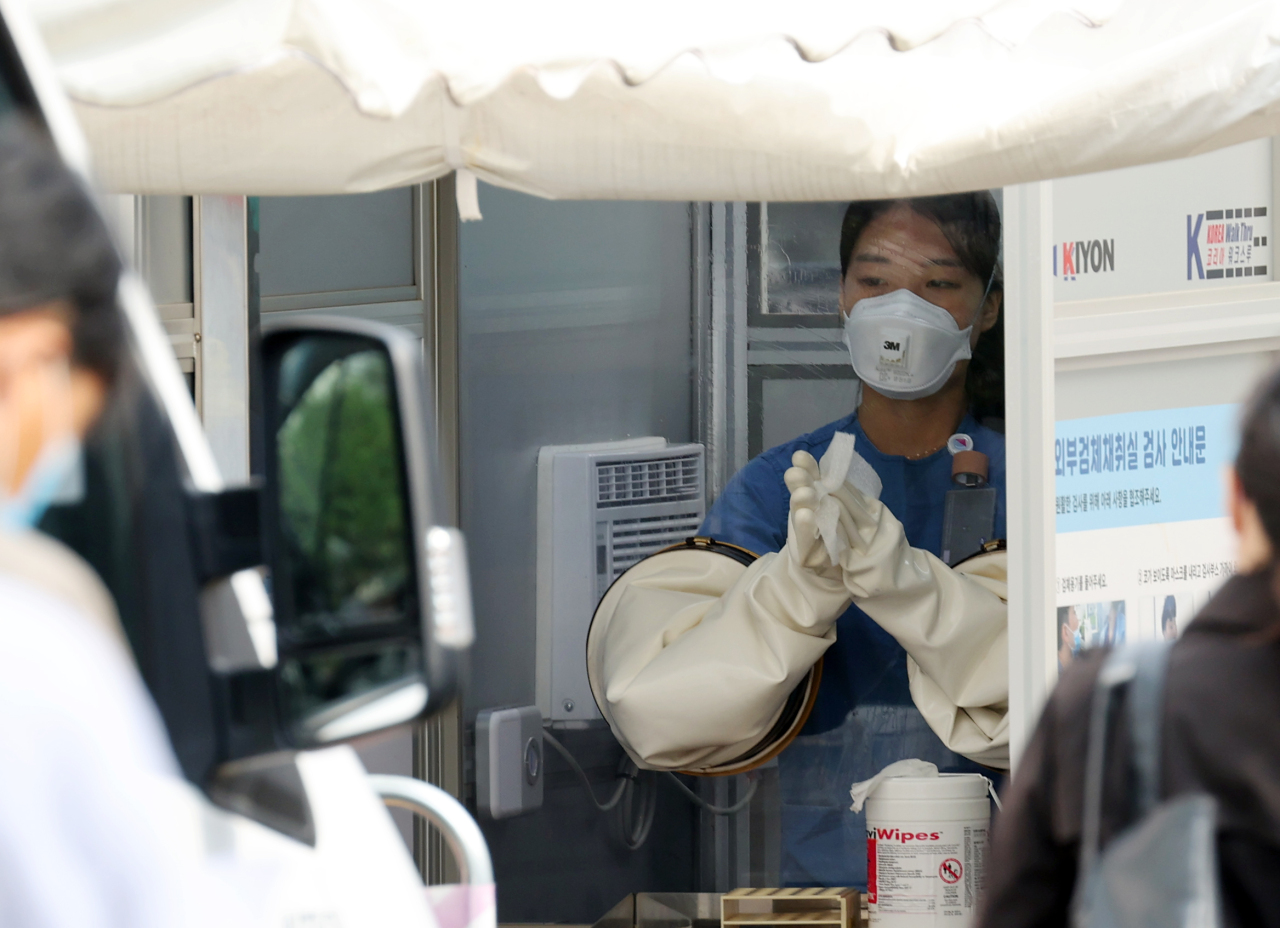 South Korea is also seeing more deaths from the coronavirus as most people who become severely ill are in their 60s or older.

“The daily number of newly confirmed cases is slowly declining, but senior citizens aged 60 and up are continuing to account for around 40 percent, and most of the critically or seriously ill patients are also in that age group,” Kang Do-tae, second vice minister of health and a coordinating officer of the Central Disaster and Safety Countermeasures Headquarters, said in his opening remarks at a meeting at the center.

“The situation is worrisome as the older the patient is, the higher the possibility of progressing into a severe case during the treatment.”
The country reported 106 new cases Tuesday, bringing the total number of COVID-19 cases so far to 22,391.

The number of critically or severely ill patients stood at 158, over 85 percent of whom were aged 60 and up.

“The number of people dying from COVID-19 is also on the rise. Twenty-seven have died in the past week, which is more than double the figure from the previous week,” Kang said, asking senior citizens to refrain from leaving their homes or visiting crowded places such as stores holding promotional events for health supplements.

He also stressed that caution is required as mass infections have recently occurred in medical institutions and care homes, where many residents are aged or have underlying health conditions.

The total number of deaths caused by COVID-19 so far in Korea increased to 367, as four more patients died in the 24 hours ending Monday at midnight.

COVID-19 deaths increased after the virus began spreading in Daegu and North Gyeongsang Province following mass infections at a Daegu church in February, but had dropped to no more than one or two per day since May.

Since mid-August, however, COVID-19 deaths have been reported almost every day as the pandemic spread quickly across the Seoul metropolitan area.

Except for Sept. 1, between one and five COVID-patients have died every day this month.

This is because the number of older patients with weaker immune systems and underlying conditions such as high blood pressure or diabetes has increased.

One in 10 senior patients in quarantine is critically or severely ill.

The increase in confirmed cases is beginning to slow, with daily figures in the early 100s for three days in a row, while sporadic infections continue in various parts of the country.

The daily number of newly confirmed cases has stayed under 200 for 13 consecutive days.

The government plans to have the national health insurance cover tests on newly admitted inpatients at hospitals nationwide, and to conduct tests in convalescent hospitals and nursing homes in the Seoul metropolitan area to detect sources of infection in the early stages.

Also discussed during Tuesday’s meeting were plans to provide emergency support for households in financial distress due to the pandemic.

“There are people who have not benefited from existing safety nets despite a sharp drop in their incomes due to COVID-19. We will come up with execution measures to provide living expenses as soon as possible,” Kang said.