How Taeyeon’s ‘Happy’ came to life after ups and downs

The song was originally scheduled for release in March, but it was postponed after the singer’s father passed away on that same day. So when the song was finally out on May 4, fans flooded her social media with blessings and support, but there was also a special someone to whom it felt to the happiest.

“When I heard the tragic news, obviously, I was a bit worried that the release of the song would be canceled. Considering its title ‘Happy,’ the opposite to what she probably feels right now, I felt super sorry for her,” recollected Chris Wahle, one of the co-writers and producers of the song, during a recent interview with The Korea Herald. 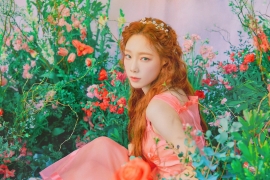 But the Swedish composer and producer, who’s been working in K-pop for years, understood the variables of the tumultuous industry regarding record releases.

“I’m super happy that it finally came out, because if there’s one thing you learn from this industry, it’s that until it’s released, you never know. Anything can happen,” he continued. “Come to think of it, I think the timing now is better than before because of the pandemic. It feels like that people like this song because it has this ‘happy’ message.”

Although the song navigated some bumps, its creative process was pretty smooth. While working day and night at S.M. Entertainment’s songwriting camp in Seoul with other songwriters in September last year, Wahle recalled that the agency wanted a “bright” song for Taeyeon, who’s been weighing on somewhat heavy and emotional songs. “We were also advised not to listen to Taeyeon’s previous works too much so that we could create something experimental, something new for her,” Wahle said.

Christmas was nearing, but he tried not to get trapped in the holiday vibe, as the song was to be released in spring. But ironically, the song turned out to have a spring-carol like sound, which Wahle also found interesting.

He said he’d listened to jazzy ballads of US pop artist Ariana Grande and soundtracks of musical Grease to tune into the doo-wappy vibe of “Happy.” Wahle also made sure Taeyeon’s vocal could shine in the song’s bridge, allowing her some space for adlibs.

And within a day, Wahle and his co-workers came up with the R&B doo-wop song, an ultimate feel-good anthem that is reinforced by harmonious backing vocals. The song, which is full of positive messages, was supposed to be a part of Taeyeon’s previous “Purpose” album. But the singer reportedly decided to release it as a digital single as it had an exceptional meaning to her. 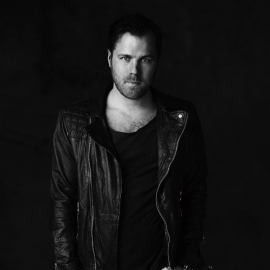 “The big part of the song is its background vocal, which was inspired by a bit of gospel, like a barber shop vibe from traditional black music where everyone sings in harmony. And it’s funny that since I’m Swedish, I don’t have that vibe. So I just try and see how it goes. And in this case it turned out really good,” he said. “For me, I’ve been doing this for a long time and I’m still amazed that we wrote the song in a day.”

Wahle, who has been working with several S.M. artists like TVXQ, NCT 127, Twice, f(x) and Key of SHINee, says he used to enjoy songs from Girls’ Generation and always wanted to write a piece for them. But the wish has not yet come true.

Over the years, he learned that the dynamic nature of K-pop fits his experimental working style.

“Pop has less is more approach, whereas K-pop has more is more approach. When we thought the song was finished, people in this industry would be like, ‘No, put more stuff in it’ and it should never be boring,” he said.

“So I try to learn how to make more out of everything, take influences from everywhere and mesh them up and create something real.”