BOK to provide ‘unlimited’ liquidity to market until end-June 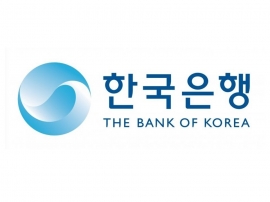 South Korea’s central bank said Thursday that it will inject an unlimited amount of liquidity to the financial market over the next three months, in an effort to sustain the volatile market amid the spread of the novel coronavirus.

“The Bank of Korea has decided to supply an unlimited amount of liquidity to financial institutions to reduce the economic fallout of COVID-19 and remove uncertainties in the financial market,” the BOK said in a release.

“Also, it will expand the range of firms and securities that are subject to (the BOK’s) repo operations.”

A repurchase agreement, or repo, allows securities to be sold and then repurchased at a later date, serving as short-term borrowing for dealers in government securities.

Starting April and until end-June, the central bank will regularly purchase local bonds in repo operations every week.

Since observing its first confirmed case of COVID-19 on Jan. 20, the country has seen its benchmark Kospi shed 25 percent and its currency dip more than 6 percent.

In a separate move, the government announced follow-up actions to ease foreign exchange liquidity rules temporarily from April to June. It also vowed to partly use its own foreign reserves to alleviate the dollar shortage in the market.

“For the next three months, financial companies will be exempted from the payment of market levy,” said Kim Yong-beom, first vice minister of finance, in a macroeconomy-finance policy meeting with senior officials.

Financial firms are obligated to pay a designated amount, used to maintain market stability in case of sudden capital inflows and outflows.

Also, the liquidity coverage ratio -- a key indicator for an economy’s forex soundness -- will be lowered by 10 percent until end-May.

Financial institutions have been required to hold a minimum amount of foreign currency assets on hand, as a security measure against potential short-term liquidity disruptions. The conventional LCR baseline for banks is 80 percent.

The series of deregulations will take effect along with a $60 billion currency swap deal, upon which Seoul and Washington agreed last week. The bilateral currency deal was the second of its kind to be signed since the 2008 global financial crisis.