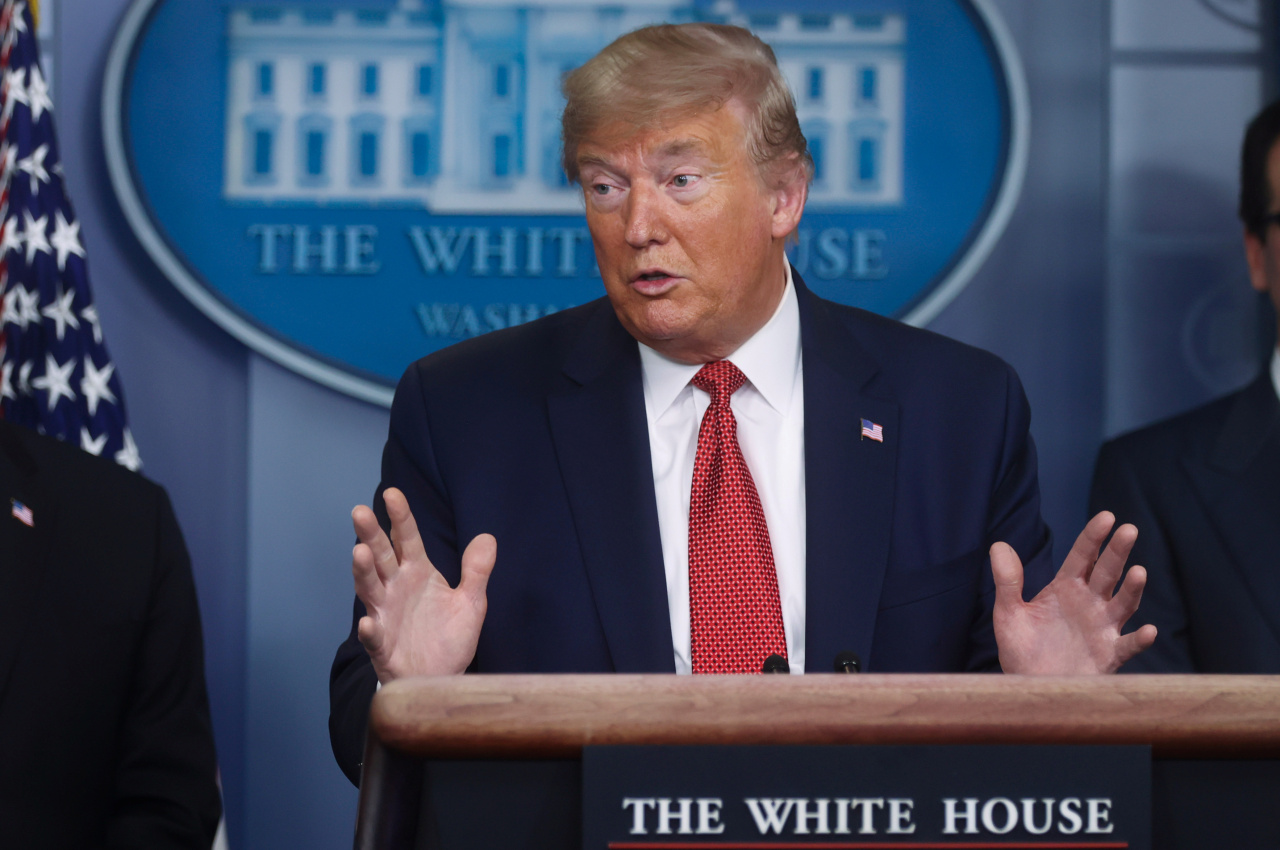 Facing one of the biggest challenges of his presidency, Trump appeared to want to underscore the testing numbers that Dr. Deborah Birx, the White House coronavirus response coordinator, shared in a virtual town hall both attended at the White House on Tuesday.

Birx said at the time that the US had tested more than 300,000 people in eight days, which she said was more than South Korea had tested in eight weeks.

"Just reported that the United States has done far more 'testing' than any other nation, by far!" Trump tweeted Wednesday.

"In fact, over an eight day span, the United States now does more testing than what South Korea (which has been a very successful tester) does over an eight week span. Great job!"

Trump seized on Birx's words during the town hall, saying he was hearing the numbers for the first time and asking the doctor to repeat them.

He also claimed the tests in the US were better and "highly sophisticated."

The lack of testing and test kits has added to criticism of the Trump administration's response to the fast-growing pandemic in the country.

The latest figures from the US Centers for Disease Control and Prevention put the number of COVID-19 patients at 54,453, including 737 deaths.

Birx later appeared to contradict her own statement when she told a White House press briefing Tuesday that of a total of 370,000 tests done in the US, more than 220,000 had been done in the last eight days.

As of Tuesday, South Korea had tested 348,582 people since the virus was first detected on its soil on Jan. 20, or in just over eight weeks. By Wednesday, 357,896 people had been tested.

Earlier this month, Trump downplayed the effectiveness of drive-through testing centers in South Korea before he announced their nationwide introduction days later.

And in a phone call with South Korean President Moon Jae-in Tuesday, Trump asked for South Korea's assistance with medical equipment, according to Moon's office.

The White House said in a brief statement that the two leaders discussed their nations' respective efforts to combat the coronavirus pandemic but it made no mention of any request for help. (Yonhap)