Offering a taste of its “Map of the Soul: 7” album, BTS unveiled “Black Swan,” the first single of the group’s upcoming LP.

On Friday evening, the seven-piece act released the song on streaming sites at home and abroad, along with an art film performed by Slovenian dance troupe MN Dance Company. 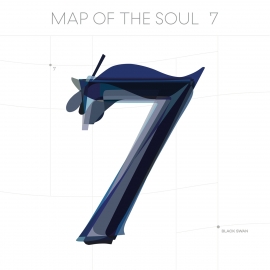 Based on the emo hip-hop genre, the reflective song delves deeply into BTS members’ emotional depth and contemplations as artists.

Lyrically, the musicians fear how they might one day be numbed to the emotional power of music.

In the end, they face their own “black swans” in their hearts and come to the paradoxical realization that music is all they have.

The song was co-written by RM.

“With ‘Map of the Soul: Persona,’ BTS sang about reaching out to the world and finding joy in love. With ‘Black Swan,’ BTS faces their own shadows as artists they’ve hidden deep inside,” said BTS’ agency, Big Hit Entertainment, in a statement. 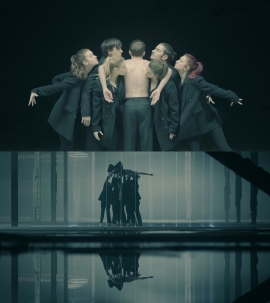 The art film dance video, released alongside the song, starts with a quote from American dancer Martha Graham, “A dancer dies twice -- once when they stop dancing, and this first death is the more painful.” It features seven choreographers performing contemporary dance to “Black Swan.”

Big Hit Entertainment revealed last week that there will be four phases in BTS’ return. Another trailer titled “EGO” from phase 2 is set to be dropped Feb. 3.

Preorders for “Map of The Soul: 7” have surpassed 3.42 million copies in Korea and abroad, breaking the band’s previous record and becoming its most preordered album to date in its first week.

The album is the sequel to the act’s Billboard 200 chart-topper EP “Map of the Soul: Persona,” released in April last year.

In the lead-up to its return, BTS teamed up with internationally acclaimed artists and curators to hold joint exhibitions around the globe titled “Connect, BTS.”

The global art project, which showcases artworks that resonate with the band’s philosophy, kicked off Wednesday at London’s Serpentine Gallery and will take place in Berlin, Buenos Aires and Seoul on different dates between January and March.