The river is usually completely frozen over by this time in January, offering punters the chance to catch local trout from holes drilled into the river.

But not a sliver of ice was to be found on the opening day of the festival, which last year welcomed approximately 600,000 tourists into the town east of Seoul. 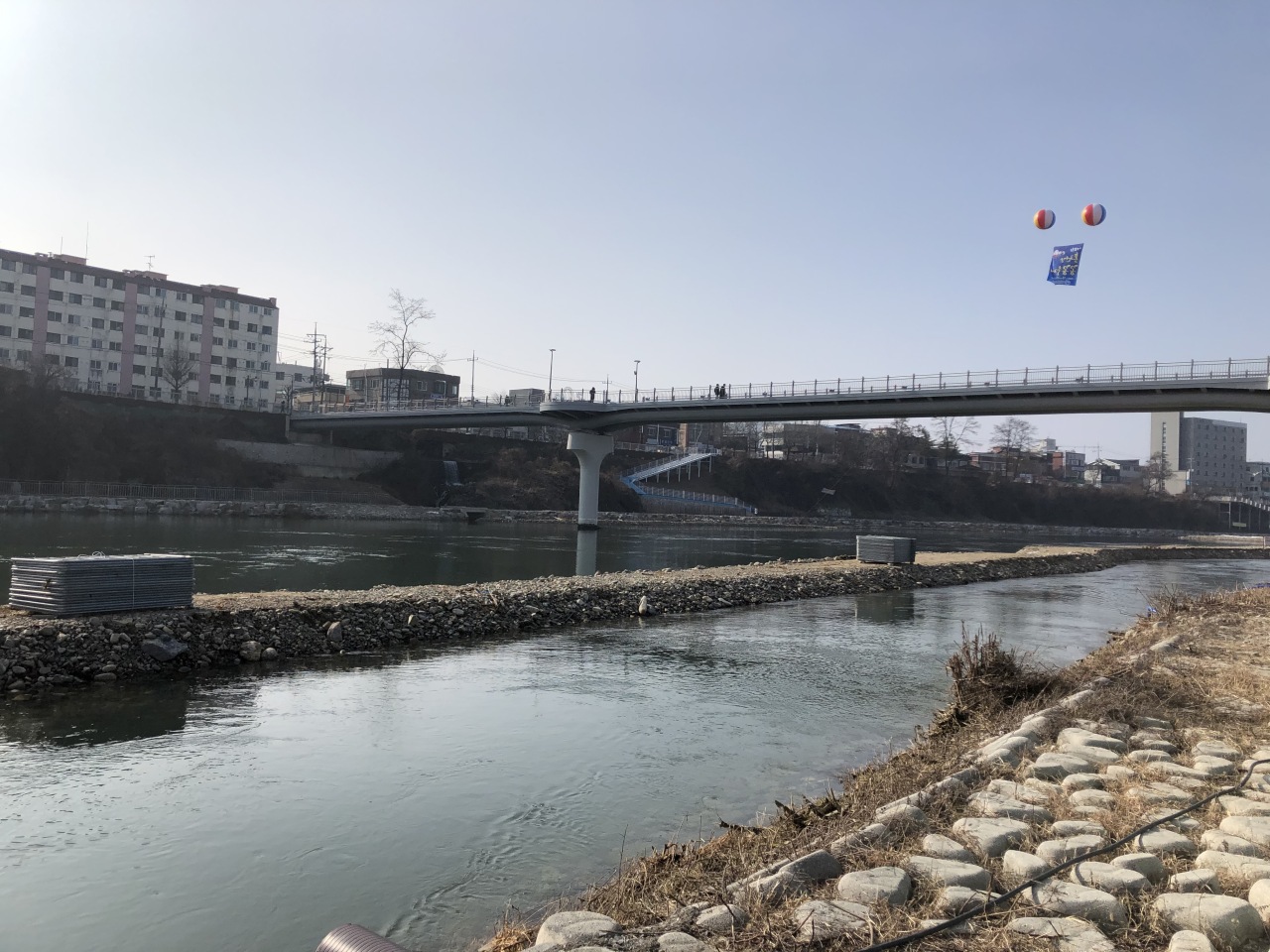 There is no ice to be found on the river on the opening day of the festival, Jan. 10. (Esther Shim)
“I was disappointed as it was marketed as an ice fishing festival, but there’s no ice!” said Pooja Rawat and Prashant Kumar Sharma, graduate students from India who had traveled here from Suwon.

Festival organizers decided to delay the start date by a week, due to this year’s unseasonably warm winter.

As a contingency, tourists were taken into an indoor tent and given the chance to “catch” the fish in makeshift swimming pools filled to the brim with ginseng-fed trout.

“I guess it was kind of like shooting fish in a barrel, but there is nothing more satisfying than eating fish you’ve caught. Fish this fresh is bound to taste amazing, whether it’s from the river or a pool!”

Festivalgoers can eat their catch of the day, either grilled or as sashimi, and partake in other activities such as buying local produce and visiting a nearby snow park.

Despite the lack of snow, Gangwon Province has partnered with Vivaldi Park, offering free shuttle buses for foreigners between the Vivaldi Snow Park and the Hongcheon Ice Fishing Festival. 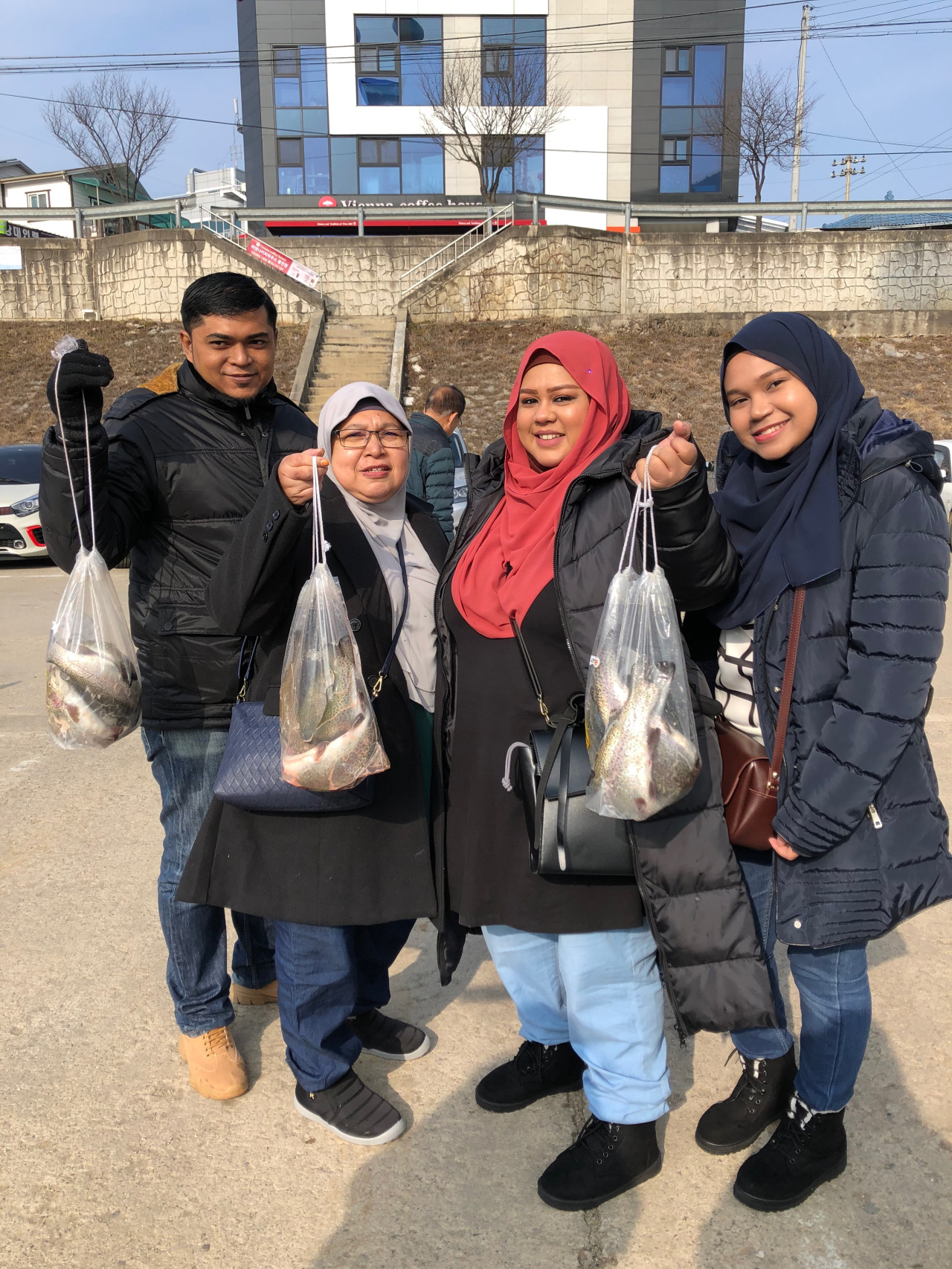 Tourists pose with freshly caught trout. (Esther Shim)
“We don’t have a cold climate in Australia, so I was just happy to be in the snow, even though it was fake,” said another Australian tourist, Charlie Cummins.

Despite thwarted expectations, festivalgoers were in high spirits and embraced the festival.

Constance Jones, an American tourist who organized her trip through a travel agent, was amused but pleasantly surprised.

“The festival didn’t meet my expectations because it looked nothing like the pictures I saw on the website, but I guess that’s just because of the weather. We can’t blame anyone for that.”

The festival organizers anticipate lower attendance rates this year, with approximately 10 percent of all visitors being international tourists.

The festival continues until Jan. 26. For more information in Korean, English, Chinese or Japanese, call the Korean travel hotline at 1330. The homepage for the festival (https://www.hccf.or.kr/Home/index) is only in Korean.