A paroled ex-convict who spent 19 1/2 years locked behind bars as a child rapist and killer is challenging his 1989 conviction, with a new trial slated for next month.

The man, 53, who wanted to be identified only by his surname Yun, told The Korea Herald on Thursday that “a chance to clear my name has come,” after “three decades framed as a criminal.”

Suwon District Court on Wednesday said the pretrial hearing for Yun would take place at 10:40 a.m. on Feb. 6, following the announcement of its decision Tuesday to approve his Nov. 13 request for a retrial. 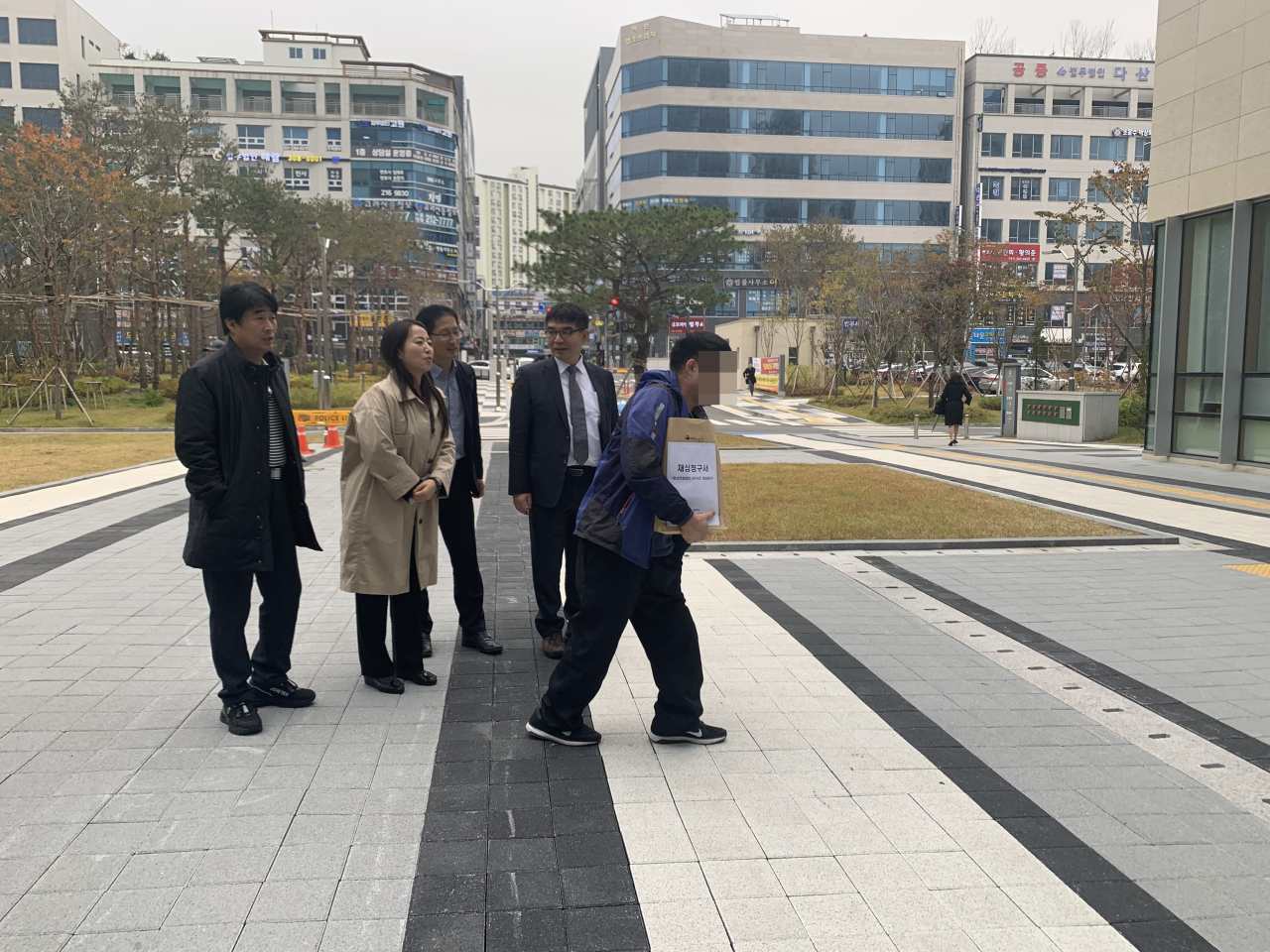 Yun (center) files for a new trial at Suwon District Court on Nov. 13. (Kim Arin/The Korea Herald)
The court said the reasons behind its decision were twofold: Lee Chun-jae, 57, admitting responsibility in the crime for which Yun had been convicted, and discovery of new evidence suggesting the possibility of a wrongful conviction.

“This is going to be a long fight,” Yun said. “I’m careful not to get my hopes up until it’s over.”

Park Joon-young, one of three lawyers defending Yun, said on a more confident note that he believed the trial would end in his favor.

“Exoneration is a set conclusion,” he said in a Facebook statement Tuesday, adding that the retrial is expected to center around a “review of evidence showing faults with the investigation and trial procedure at the time.”

Yun’s defense team says he was forced into a false confession over 30 years ago as the result of police brutality.

Na Won-o, a senior superintendent at Gyeonggi Nambu Provincial Police Agency, told The Korea Herald that eight former officers and prosecutors who led Yun’s case at the time have been booked on suspicions of abuses of power and brutality.

Na said police planned to refer the case to the prosecution despite the statute of limitations having expired.

Yun said he hoped the wrongdoings of investigative authorities of the past would be remedied by the criminal justice system of today.

Yun was handed a life term for the September 1988 rape and murder of a 13-year-old girl in Hwaseong, Gyeonggi Province. He was released on parole in 2009.