Speaking on the company’s aggressive global expansion plans, Vice President John Rim, who accompanied CEO Kim Tae-han at the JP Morgan Healthcare Conference 2020 in San Francisco, said that the CDO lab in the US will place Samsung Biologics closer to potential partners with promising molecules.

“This is a long-term strategy to bring in bigger contract manufacturing (CMO) deals to Songdo,” said Rim. 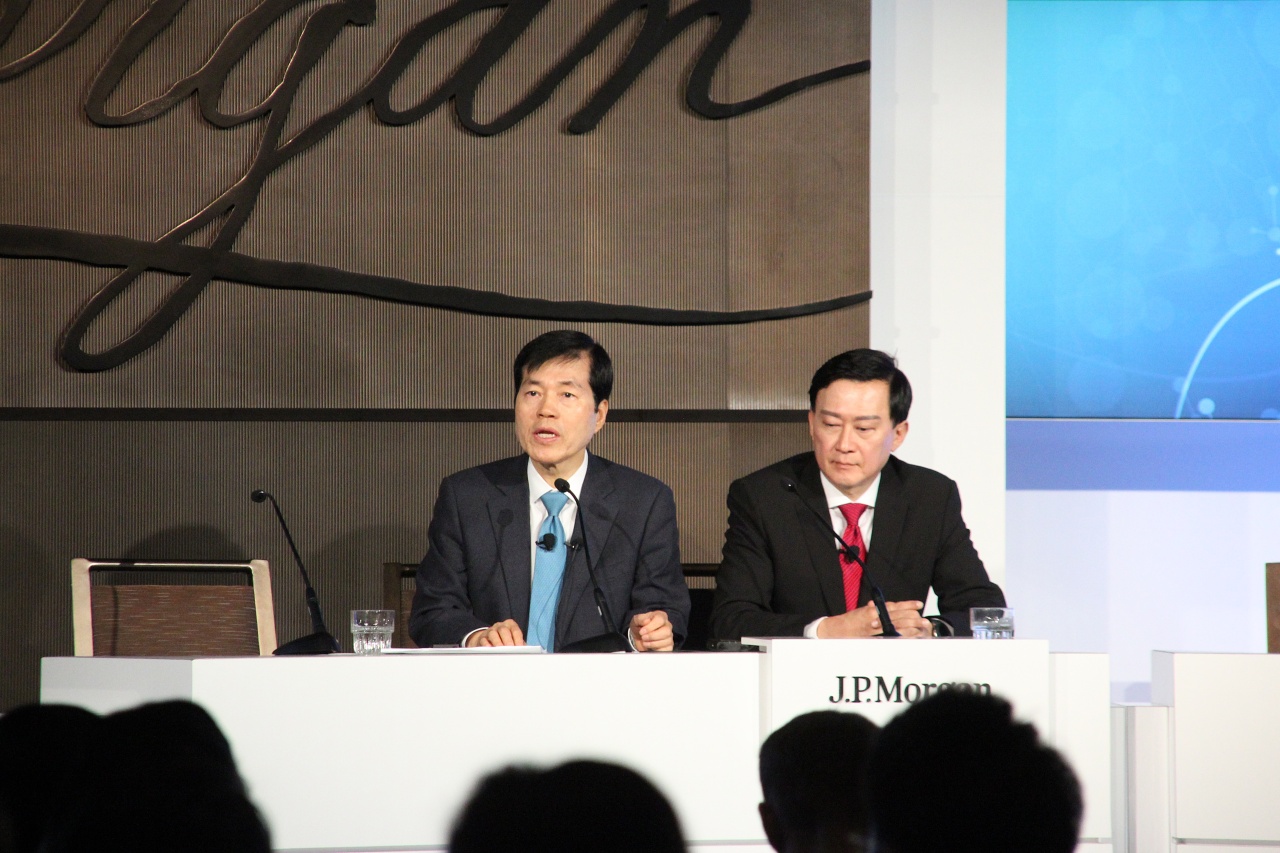 Starting from the Bay Area, Samsung Biologics plans to expand to further locations in the US, and then to Europe, while expansion in China is a long-term strategy.

Right now, the company’s contract manufacturing clients are mostly overseas firms while most of the CDO clients are Korean firms.

The CDO lab is hoped to bridge that gap, Rim said.

As of end-2019, Samsung Biologics has 35 CMO deals, 47 US’ Food and Drug Administration-approved products developed from its plants, 42 CDO projects and 10 contract research (CRO) projects.

Founded in 2011, the biologics arm of Korea’s biggest conglomerate group touts itself as a CMO champion with the world’s largest production capacity of 364,000 liters across its three plants in Songdo, Incheon and Gyeonggi Province.

Its goal now is to become the champion in all steps of the value chain of biologics drug-related outsourcing.

Since 2017, the firm has been expanding its service areas to CDO, CRO and lately small-scale CMO, to provide a one-stop solution for clients.

For this reason, they need a competent CDO.

“Their short-term demand is not large-scale manufacturing. That’s why they need many 1,000-liter bioreactors. We started to build these small reactors to meet their needs,” Kim said.

Samsung Biologics is now offering everything the client needs -- from identifying drug candidates to research and development, regulatory filing, bio-safety tests and commercialization.

“Someday we will need to build our own marketing and sales organization, too. It’s not difficult, but it’s a matter of economies of scale. My rule of thumb is that you have to reach $500 million revenue to build a global marketing organization. Before that, we’d like to keep the partnership with Merck and Biogen,” said CEO Kim.

Merck oversees marketing and sales of Samsung Biologics-owned biosimilar company Samsung Bioepis. Biogen takes care of the branding in Europe. In Hong Kong and Taiwan, the products are sold by Mundipharma.

“Korea has a competitive edge over other countries in terms of labor costs. The depreciation capital is nearly 50 percent lower than our competitors,” Rim said, indicating that the fourth and fifth plants will also be built in Songdo, close to the company’s headquarters.

Samsung Biologics already has secured land for its fourth plant, but will look for land in Songdo for the fifth plant when such expansion becomes necessary.