South Korean biopharma giant Celltrion Group Chairman Seo Jeong-jin has been appointed the director of the board of the Korea National Opera.

The Ministry of Culture, Sports and Tourism announced Seo’s appointment Wednesday. His three-year term will run until Jan. 14, 2023. 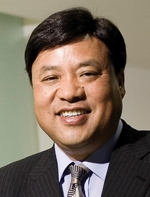 Seo’s contributions to the cultural sector include a 3 billion won ($2.5 million) investment in the 2016 film “Operation Chromite” through Celltrion Entertainment as well as developing expertise and experience in art content development and distribution, according to the ministry.

“He will strengthen the identity of the national troupe and broaden its business areas,” an official from the ministry said.

At a private press event held Tuesday evening (US time) in San Francisco, where he was attending the JP Morgan Healthcare Conference 2020, Seo said, “There will no longer be full-time employment of opera troupe members. An audition will be held for each opera show.”

According to the state opera company led by artistic director Park Hyung-sik, it already casts singers for each opera through auditions and does not have singers employed full-time.

An inauguration ceremony for Seo will be held in February.