[From the Scene] Neuroscience takes center stage at JP Morgan 2020

SAN FRANCISCO -- The key takeaways from the JP Morgan Healthcare Conference 2020 held in San Francisco this week have been the increased attention to neuroscience and cell and gene therapies among global pharmaceutical companies.

Neuroscience was a recurring theme in participating firms’ research. Big pharmas Biogen, Roche, Eli Lilly, Takeda and others put forth their pipelines for Alzheimer’s disease, Huntington’s disease and Parkinson’s disease for investors to take a look. 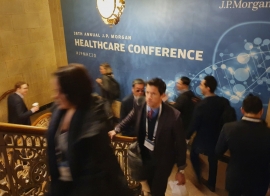 Biogen CEO Michel Vounatsos expressed confidence about the US Food and Drug Administration’s potential approval of its Alzheimer’s disease treatment pipeline, aducanumab, while Roche CEO Bill Andersen stressed, “Neuroscience has the potential to be in 2020s what oncology has been in the last decade.”

The JP Morgan Healthcare Conference 2020 has set the town of San Francisco abuzz with the most economic activity the region has seen in a year.

Conference organizers estimated some 9,000 attendees were at the Westin St. Francis. More than 400 companies, both public and private, were delivering presentations. 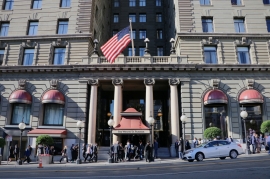 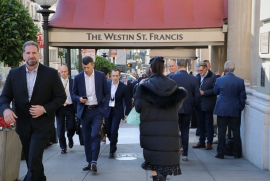 The JP Morgan Healthcare Conference has taken place at Westin St. Francis for the past 38 years. Despite requests from attendees to hold the event at a bigger hotel or a different city, JP Morgan is reportedly adamant on sticking to the historic location. 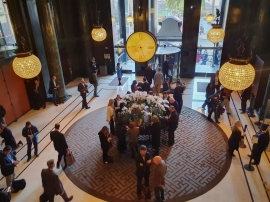