Trump made the remark during a White House signing ceremony for a phase-one trade deal between the United States and China, giving Beijing credit for "helping us with North Korea."

"China is helping us with a lot of the things that they can be helping us with, which you don't see in a deal, but they have been very, very helpful with respect to Kim Jong-un, who has great respect for President Xi," Trump said, referring respectively to North Korea's leader and Chinese President Xi Jinping. 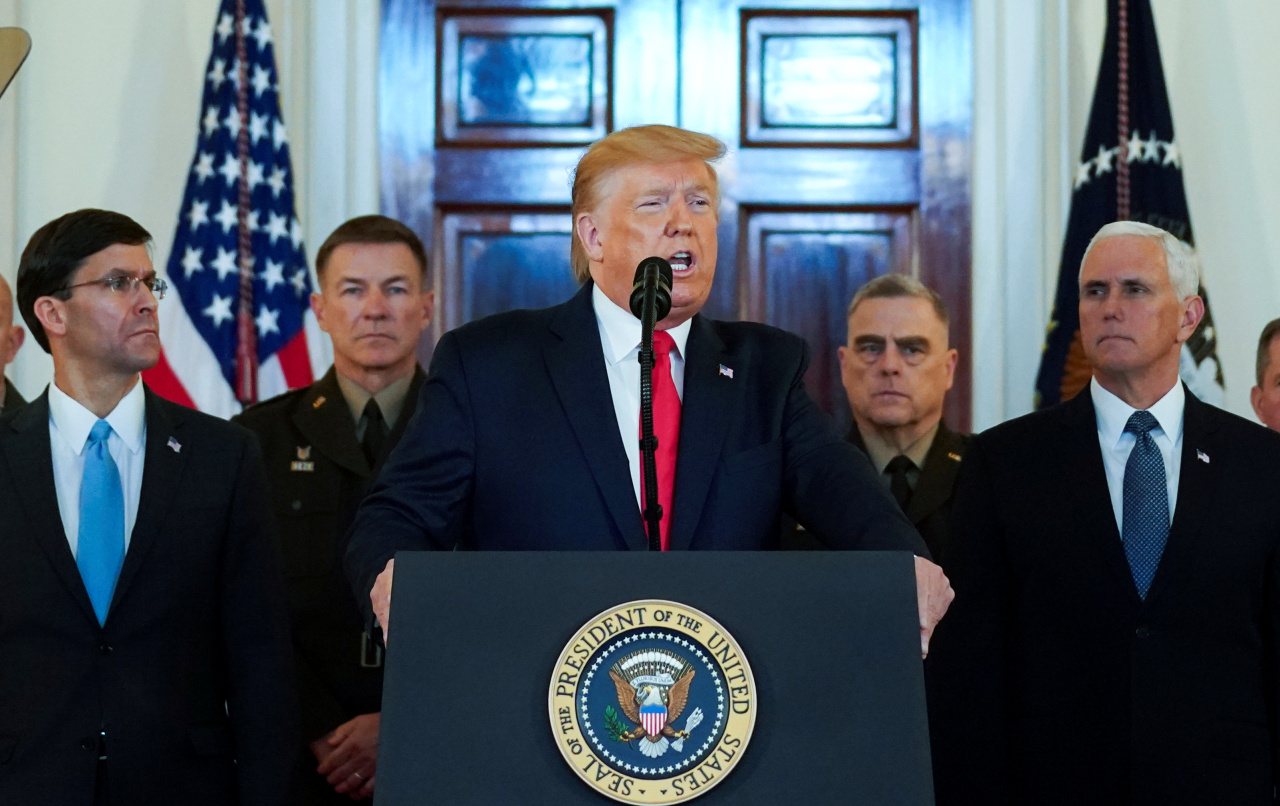 US President Donald Trump (Reuters-Yonhap)
He continued: "It's all a very, very beautiful game of chess, or game of poker, or -- I can't use the word checkers because it's far greater than any checker game that I've ever seen, but it's a very beautiful mosaic."

Trump appeared to describe North Korea and China as players in the game in which the US ultimately seeks to dismantle Pyongyang's nuclear weapons program.

As North Korea's biggest ally and trading partner, China is seen as having considerable influence over Pyongyang's decisions.

Trump and Kim agreed at their first summit in Singapore in June 2018 to work toward complete denuclearization of the Korean Peninsula in exchange for US security guarantees.

Working-level talks to implement the deal have faltered since a second summit in February 2019 collapsed without an agreement due to differences over the scope of North Korea's denuclearization and US sanctions relief.

Last week, Trump sent birthday greetings to Kim. A few days later, a senior North Korean official acknowledged receipt of the message but made clear that the regime will not return to the negotiation table unless its demands are met. (Yonhap)