Prosecutors questioned a former CEO of Samsung C&T Corp. on Wednesday as part of a probe into suspicions surrounding the company‘s controversial merger with another Samsung unit, Cheil Industries Inc., in 2015.

The Seoul Central District Prosecutors Office summoned Kim Shin, who served from 2010-2018 as CEO of the construction and trading arm of Samsung Group. 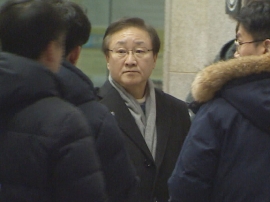 He was called in last Tuesday but returned home without questioning due to an issue related to the designation of his legal representative.

Prosecutors suspect that Kim and others in Samsung management intentionally lowered the value of Samsung C&T prior to its merger with Cheil Industries to help benefit Lee Jae-yong, group heir and Samsung Electronics vice chairman, in his managerial succession from his ailing father Lee Kun-hee.

Lee Jae-yong was the largest shareholder in Cheil Industries with a stake of 23.2 percent, which means a fall in the valuation of Samsung C&T would pave the ground for a merger ratio advantageous to the Samsung heir.

Last Friday, the prosecution also summoned Kim Jong-joong, a former Samsung executive, over his suspected role in the merger.

Kim headed the group’s strategy unit that served as its control tower during the merger. (Yonhap)