SEOUL/JAKARTA -- Two ships with South Korean crew members have been held in Indonesia, one for more than three months, for violating territorial waters, the foreign ministry said Wednesday. 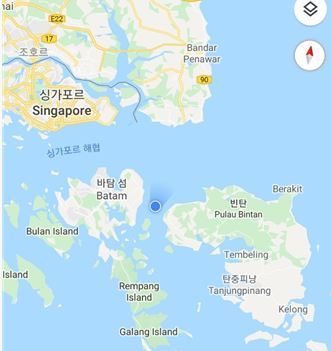 Last Thursday, Indonesian authorities also impounded a South Korean cargo ship at the same location on the same charges. The ship was known to carry four South Koreans and 19 Indonesians.

The sailors of the LPG carrier, DL Lily, are currently inside the ship docked near a naval base in waters between Bintan Island and Batam Island.

One of the South Korean sailors claimed that they reported the seizure to Seoul’s oceans and foreign ministries and asked for help. But the ministries just told them to talk to the ship-owning company.

He also complained that food had not been well supplied to them, and that he had not had a chance to talk directly to any South Korean government official.

A foreign ministry official in Seoul said that Indonesia informed the South Korean government of the seizure on Dec. 5, while noting that the ship owner told the ministry that it will take care of the issue on its own.

“At that time, crew members were on standby inside the ship -- not under arrest -- and we also found that food had been provided to them,” the official said. “We tried to visit them, but that did not happen due to high waves caused by worsening weather.”

The official added that Indonesia‘s Navy explained the sailors will soon be released.

The South Korean government is also taking steps to secure the release of the Korean-flagged cargo ship. (Yonhap)