With the suspension of withdrawals, the total volume of the fund operator’s delayed payments to investors has risen to nearly 2 trillion won. 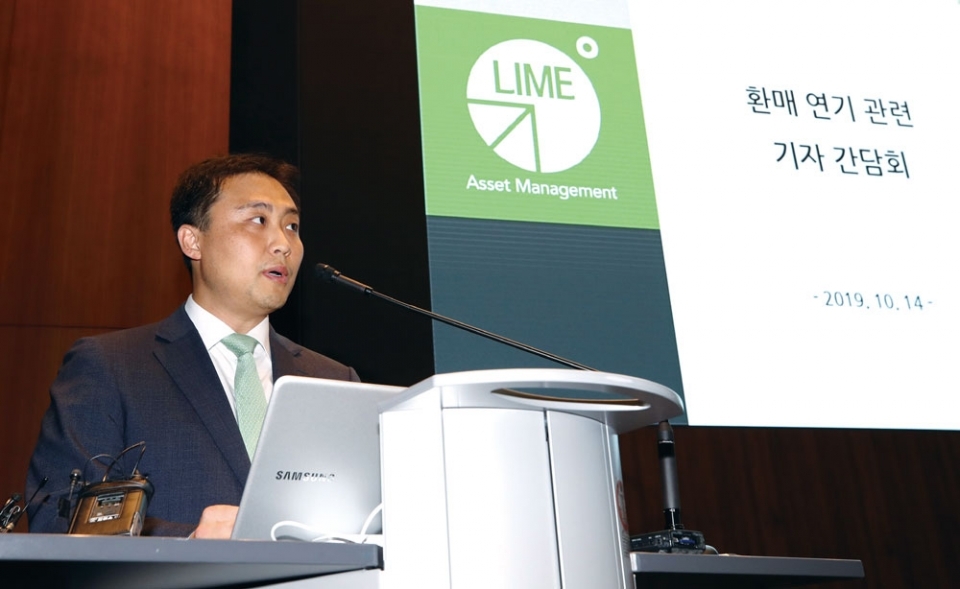 Lime Asset Management CEO Won Jong-jun apologizes to investors for suspending the redemption of funds at a press conference held in Seoul on Oct. 14, 2019. (Yonhap)
Unlike Lime Asset’s troubled funds, including Pluto TF-1, the Credit Insurance Trade Finance Fund did not suffer liquidity issues as it was safely tied to trade insurance. The product was even considered relatively risk-free compared to the company’s other funds.

The fund operator is said to have tried to reduce high risks by hedging unhealthier parts of its fund portfolio with the relatively safe fund.

It is now expected to face another round of the financial watchdog’s investigations. The FSS has so far received over 100 petitions from individual investors seeking redemption from the company’s disputed fund sales. The exact volume of investors’ losses has yet to be determined.

The FSS said Wednesday it is considering to launch an additional probe into the issues surrounding Lime Asset. The first probe of the hedge fund’s misspelling wrapped up in October.

The watchdog is expected to take action after Samil PricewaterhouseCoopers, the local unit of the world’s largest accounting firm, hands over its own inspection results to the FSS as early as the end of this month.