"The exportation of North Korean workers raises illicit revenue for the government of North Korea in violation of UN sanctions," Treasury Secretary Steven Mnuchin said in a statement. 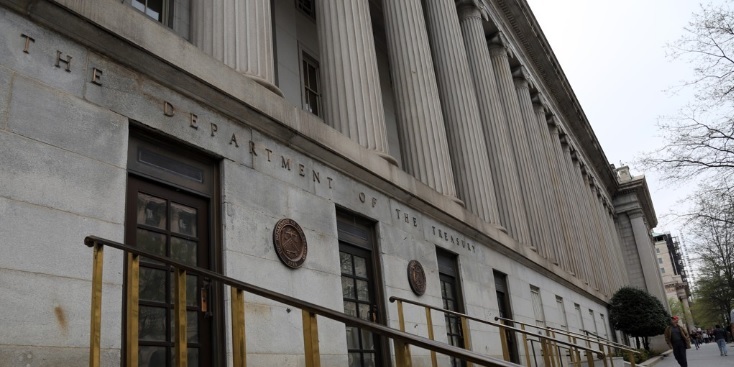 The workers are believed to be a major source of income for Pyongyang as it continues to develop its nuclear weapons and ballistic missile programs in violation of UN resolutions.

Efforts to dismantle the North's weapons programs have stalled for nearly a year amid wide differences between Washington and Pyongyang over how to match the regime's denuclearization steps with US sanctions relief and security guarantees.

North Korean leader Kim Jong-un made it clear in a New Year's message that his country intends to go its own way rather than hold out hope for a deal with the US.

The Treasury said NTC in 2018 maintained laborers in Russia, Nigeria and numerous countries in the Middle East. It said the company is involved in the logistics cycle of exporting workers and handles North Korean personnel's visas, passports, departures and overseas employment.

"NTC personnel then repatriate funds back to North Korea, some of which are routed directly back to the Government of North Korea," the Treasury said on its website.

Beijing Sukbakso, which means lodging facility in Korean, handles travel and logistics for NTC personnel working overseas, and facilitates NTC's exportation and repatriation of North Korean workers, according to the Treasury.

"During the spring of 2018, NTC headquarters in North Korea coordinated the travel of North Korean workers with Beijing Sukbakso, and Beijing Sukbakso kept account balance information for NTC subordinates," it said, adding that the lodging facility likely facilitates the workers' remittance payments back to North Korea.

The new action freezes the designated entities' property and interests in the US or in possession of Americans, and bans all US dealings with them.

Persons or foreign financial institutions that knowingly provide services to the designated entities may also become subject to US sanctions. (Yonhap)