Foreign investors net-bought 810 billion won ($699.6 million) worth of local listed stocks during the month -- 350 billion won on Seoul’s benchmark Kospi and 460 billion won on the tech-focused secondary Kosdaq -- according to the data from the Financial Supervisory Service.

They had been net-sellers of local stocks since August, but increased their holdings by 34.8 trillion won starting in November, with a total balance of 593.2 trillion won as of end-December. 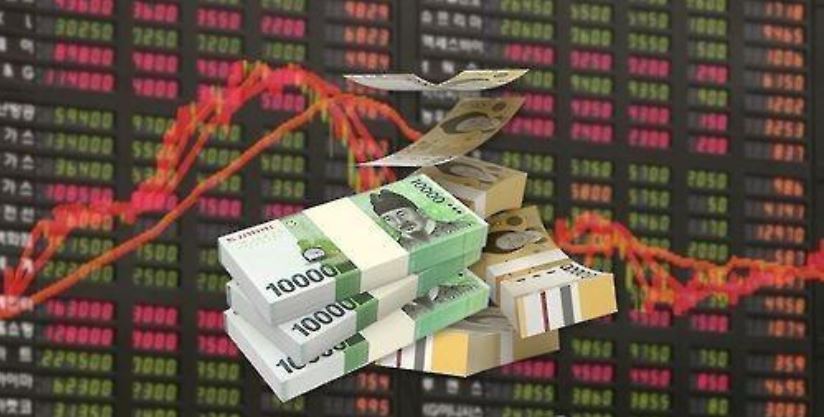 (Yonhap)
On the other hand, they continued to sell locally listed bonds, offloading a net 2.49 trillion won in December, following a net-selling of 1.78 trillion won the previous month, and 1.89 trillion won in October. It marked a total balance of 123.7 trillion won, down 1.1 trillion won from the last month as of end-December.

“While foreign investors’ equity investments rose 33.3 percent, they reduced investments in local bonds amid redemption at maturity worth 6.54 trillion won,” said an official of the FSS.

In total, foreigners had 716.8 trillion won invested the Korean capital market during the cited period.