Stocks in Samsung Electronics, the world's largest memory chipmaker, closed at a record-high of 60,000 won ($51.88), up 0.84 percent from the previous session's close. 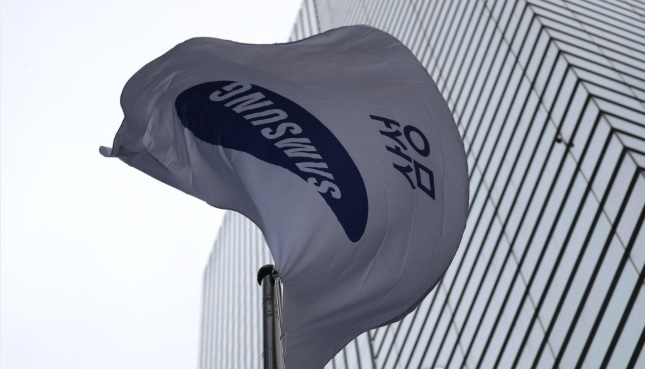 (Yonhap)
Earlier in the day, the stocks hit 101,000 won, the highest-ever quotation.     Investors flocked to the two tech behemoths on expectations of earnings improvements down the road, led by a modest recovery in chip prices and better-than-expected market response for Samsung smartphones.

Contract prices for 8-gigabyte DRAM server modules, mostly used for PCs, held steady for the last three months of 2019, according to market tracker DRAMeXchange. NAND flash contract market prices posted a 10 percent on-year increase in December, according to the tracker.

"Demand for server DRAMs has already shown clear signs of an increase," Shinhan Investment analyst Choi Do-yeon said. "We are expecting a steep hike in demand for the mobile DRAMS for 5G smartphones starting in the first quarter this year."

The stock rally marks a major turnaround for Samsung Electronics and SK hynix, as the companies endured a tough year in 2019 amid a supply glut of chip products and low chip prices.

SK hynix, which has not yet released its quarterly earnings guidance report, is estimated to log an operating profit of 473 billion won, unchanged from the previous quarter. (Yonhap)