“The story unfolds, not with one or two main characters taking the lead, but with all the casts passing the baton to each other throughout the movie,” Kim said during a press conference for “Beasts Clawing at Straws” held Monday in Seoul. 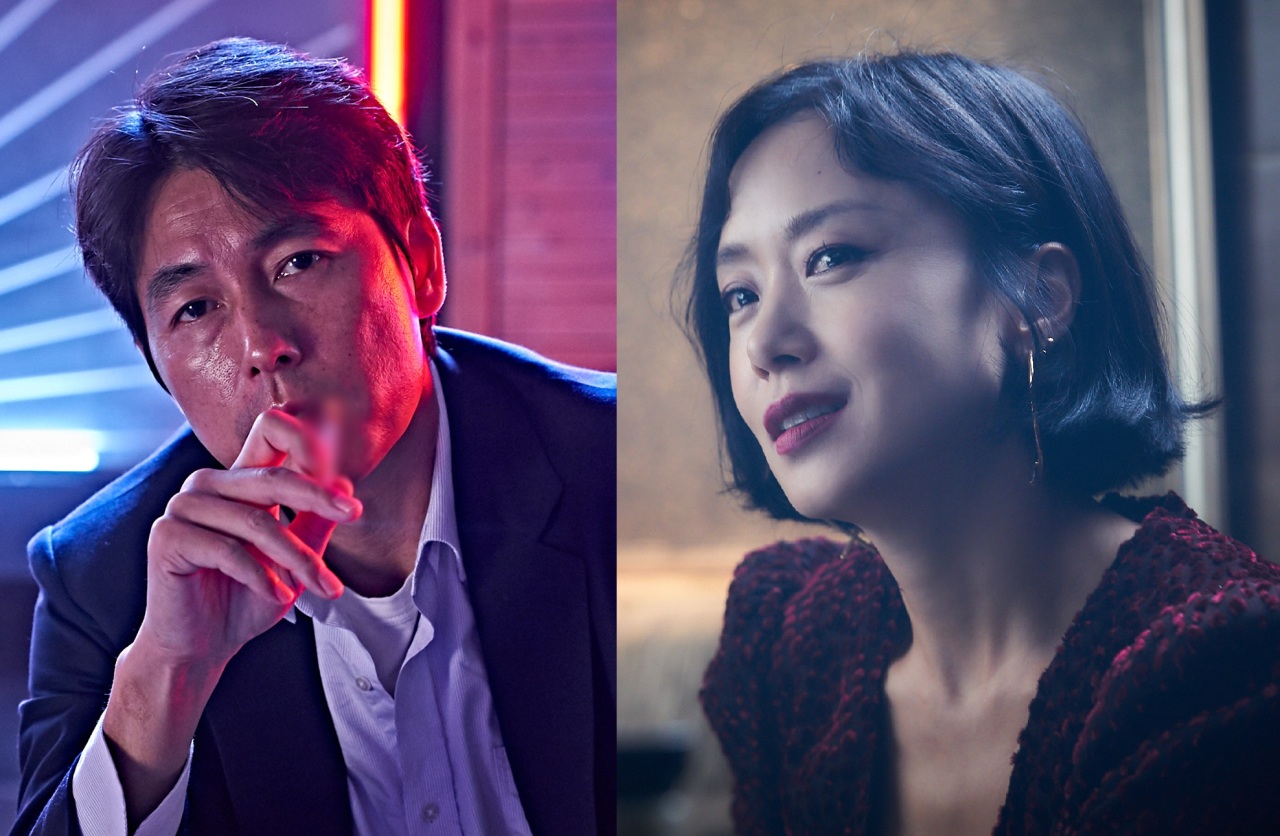 Jung Woo-sung (left), playing Tae-young, and Jeon Do-yeon, playing Yeon-hee, in the movie "Beasts Clawing at Straws." (Megabox Joongang Plus M)
Based on Keisuke Sone’s Japanese novel by the same title, the film tells the story of eight lowlife characters living in a port city, coveting a bag full of cash, each driven by different desires and goals.

Making slight adjustments to the novel for a tight 108-minute movie, the director said he tried to portray how seemingly ordinary people turn into beasts when they are overcome by desperate desires.

Jeon plays Yeon-hee, a bar owner who dreams of a new life with the load of cash. The character of seemingly coarse and strong personality, Jeon deceives her lover Tae-young, played by Jung, into lending her a big sum of money and betrays him.

Actor Jung, known for his numerous romantic lead roles, said Tae-young, the customs officer who plans to take revenge on Yeon-hee, is mainly a clumsy character. 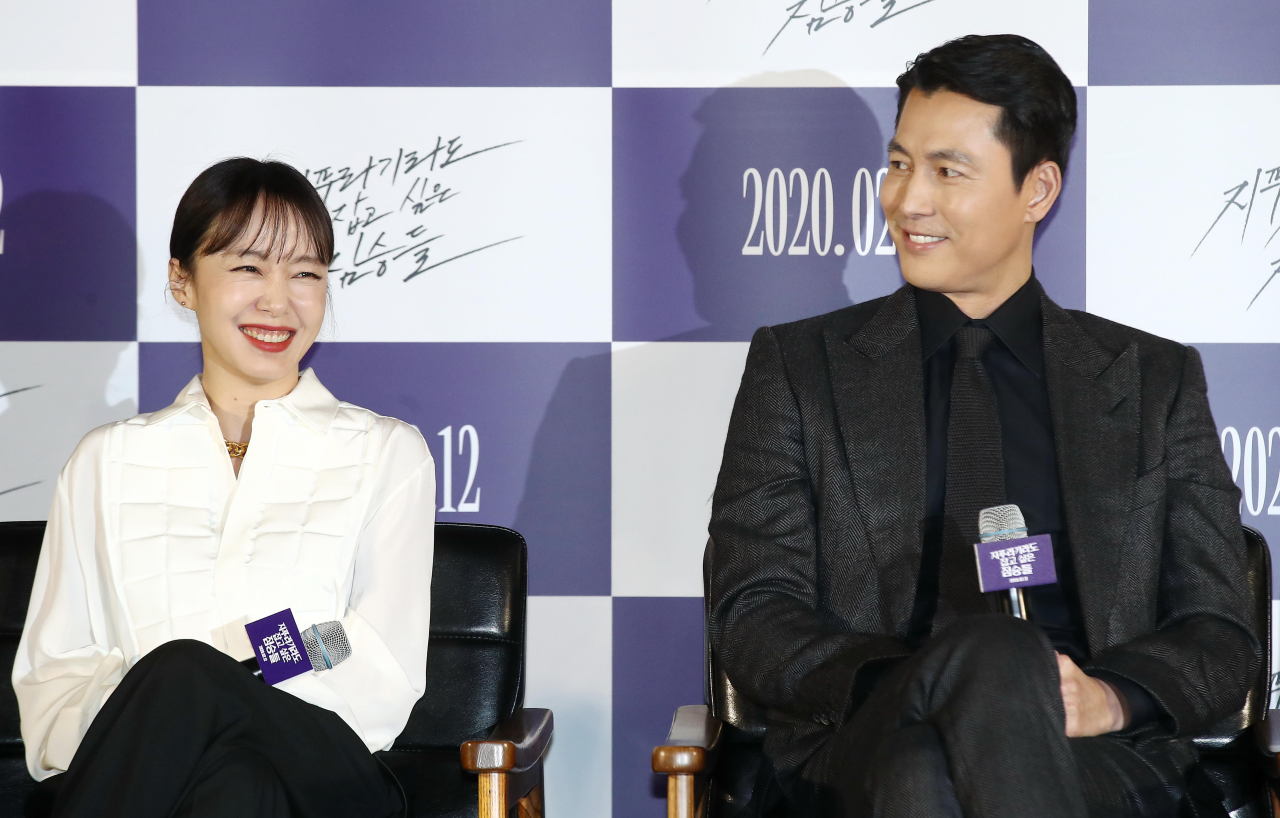 Jeon Do-yeon, left, and Jung Woo-sung speak during a press conference for “Beasts Clawing at Straws” held in Seoul on Monday. (Yonhap)
Youn Yuh-jung, a veteran actress in her 70s, plays Soon-ja, an old lady who may be suffering from dementia. Another top-tier actor Bae Sung-woo plays Soon-ja’s son Joong-man, who is the first to find the bag of cash.

The director’s use of background art as means to emphasize each characters’ psychology, and even their underlying traits, may be the key to the tightly woven crime drama.

“As we couldn’t explain everything about each of the characters in the given time, the art director and I tried to illustrate each person’s features through the space they occupied,” the director said, calling such process “characterization of space.”

“Beasts Clawing at Straws” has been invited to the International Film Festival Rotterdam’s most prestigious Tiger Competition, where up-and-coming directors compete with their debut pieces.