Baik In-san, chief curator of the Kansong Art and Culture Foundation, felt a sense of relief when the organization decided to build a new storage facility with government funds worth 4.4 billion won ($3.78 million) for its artifacts, including 12 national treasures. However, concerns lingered about how the private museum could preserve the artifacts well.

“The government funds were like rain in a drought because we had some financial difficulties with artifacts management,” Baik said. “Despite the government subsidy for new storage, there remains the challenge of how to preserve them, like many other private museums.” 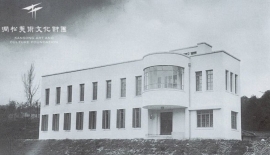 The Kansong Art Culture and Culture Foundation, the first private museum in Korea founded in 1938, is one of many private museums here facing difficulties with the preservation of artifacts, including national treasures.

In Korea, private museums own a total of 364 of both national treasures and treasures, while the government directly manages 434 at the National Museum of Korea or other entities.

Compared to the artifacts managed by the government, those preserved by the private museums are vulnerable, considering the poor storage conditions or the lack of a proper restoration system.

The government is financially aiding private museums to build storage facilities for state-designated cultural property, such as national treasures, if they cannot afford it. It also offers financial support to private museums if the need for artifact restoration is detected through an inspection conducted every five years.

However, the financial aid falls short of the amount demanded by private museums. Over the past three years, private museums have asked for 237 billion won ($204 million) on average each year for repair expenditures and storage construction, but only one third of the amount was funded, 70.5 billion won on average, according to the Cultural Heritage Administration under the Ministry of Culture, Sports and Tourism.

An official at Mok-A Buddhist Museum -- which is located in Gyeonggi province and has three treasures -- spoke out about the difficulties, saying “managing those treasures cost a lot of money,” on condition of anonymity.

Horim Museum, one of the biggest private museums in Korea, currently manages eight national treasures and 35 treasures. The museum restored “The First Tripitaka” from the 12th century, National Treasure No. 268, through the outsourcing system. 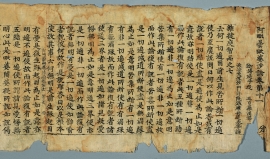 Displayed at Horim Museum, the “First Tripitaka (Abhidharmamahavibhasa Sastra, Fascicle 11)” from the Goryeo Kingdom in the 12th century, is designated as National Treasure No. 268. (Horim Museum)

“Unlike national museums, most private museums cannot afford the equipment for their artifacts because they are quite expensive,” said Lee Won-kwang, the chief curator of the museum. “Experts at the National Museum of Korea or other national institutes are already busy, so we have to rely on outsourcing, although we cannot fully ensure the qualifications of those companies,” Lee added.

According to the Cultural Heritage Administration, when state-designated cultural property owners request for repair work following the inspections, the Public Procurement Service under the Ministry of Economy and Finance announces a bidding to repair companies.

“The bidding system has been pointed out as a chronic issue in the cultural industry, and it has not been fixed until now,” said Kang Dai-il, a professor of Conservation Science at Korea National University of Cultural Heritage.

“It’s like anyone with a license who wins the bidding can restore national treasures. But paper-type artifacts are very delicate; not many can be qualified as experts for restoration,” said a renowned restoration expert on condition of anonymity. “In Korea, I would say not restoring artifacts is the best way to preserve them.”

The number of repair companies grew to 601 last November, up 29 percent from 467 in January 2016, according to the Cultural Heritage Administration.

The state institution says it is aware of flaws in the bidding system. Kim Sun-young, an official from the Cultural Heritage Administration, said the administration is “doing its best at the moment, providing feedback to repair companies and education to those who hold a license.”

“The demand for repair of artifacts is high among private museums, but Korea has a very limited number of experts in terms of conservation, so the owners of national treasures are reluctant to hand them over to repair companies,” said Choe Jong-ho, former president of the Korean Museum Association. “We have to wait until the circumstances come to maturity.”