Fans of Pengsoo have reacted angrily after comments were blocked on YouTube videos starring the EBS penguin character, after the streaming sites enforcement of stricter children’s content rules starting Tuesday.

The strengthened regulations came into effect after the US’ Federal Trade Commission last September announced that it was fining Google $170 million for violating children’s privacy law in the US.

“We do understand that fans are upset about not being able to leave any comments. But as a creator using YouTube’s platform, we have to follow the policy,” an EBS spokesperson told The Korea Herald. 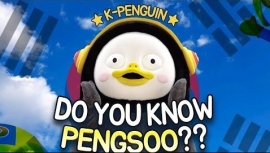 “Our producers voluntarily changed the status of some Pengsoo’s videos to kids’ content and some (videos) are labeled automatically as kids’ contents by the YouTube algorithm.”

Aside from TV channel EBS, YouTube is currently the only online platform where Pengsoo content is available. Following the move, YouTube Kids content does not allow posting of comments, but the character has generated cross-generational popularity since its launch last year.

“Giant Peng TV (YouTube channel) does have some teen viewers, but the majority of the viewers are in their 20s and 30s. So we plan to discuss this issue with YouTube,” the spokesperson added.

According to YouTube, content creators can decide whether their contents are targeted at kids through their audience setting, which was created in November. YouTube then screens the uploaded contents using its machine-learning technology to identify videos for kids.

In addition to restricting some of the platform’s features, YouTube also disabled kid’s content creators from adding personalized ads. Industry insiders predict that this will affect kids’ content creators’ earnings.

“YouTube can simply check the viewer’s age and easily find out the Pengsoo is not for kids,” a Giant Peng TV viewer commented on a article that announces news about Youtube’s new regulation.

“Pengsoo, do you know that we are being blocked from leaving comments? How do we communicate with you now?” another viewer added.

The problem is that YouTube’s artificial intelligence technology is not perfect. Pengsoo videos are not the only ones that have been labeled as kids’ content by the YouTube algorithm. 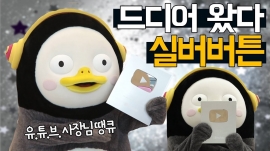 A video of Joo Ho-min, a 38-year-old cartoonist, was also labeled as kids’ content.

“I got a response from YouTube that leaving of comments was disabled for my video because YouTube mistook it for having a kid in it,” Joo posted on his social media account. The meokbang video features three grown-up men eating. There is not a kid in sight.

“If the content is not for kids, creators can ask for a change,” a YouTube Korea spokesperson told The Korea Herald.

The platform operator, however, also added that even after the creator requests a change, it can still be denied as YouTube evaluates the contents based on FTC’s standards. The standard includes criteria such as the subject of the video and whether the video has an emphasis on kids’ characters.