[ The Korea Herald – Send E-mail ]
MMCA confident about holding largest-ever Paik Nam-june exhibition, despite nagging issues
By Park Yuna
Published : Jan 9, 2020 - 17:32
Updated : Jan 9, 2020 - 18:10
The National Museum of Modern and Contemporary Art is preparing to host an archival exhibition this year dedicated to South Korea’s pioneering media artist Paik Nam-june. The show, set to be the largest of its kind, will coincide with the start of a three-year project to restore the artist’s monumental media work “The More the Better.”

Upon Paik’s death in 2006, ownership of the works was transferred to Ken Hakuta, a nephew of the artist, for the next 70 years. Hakuta is known to be hostile to the Korean government and the Korean art industry, alleging that they have pirated Paik’s works without recognizing copyrights.

However, the nephew started to open up while communicating with MMCA for the restoration of “The More the Better” and meeting with museum officials, said Tiffany Yun, deputy director of communication and media team at MMCA. “We are quite optimistic about holding the exhibition this year,” she said. 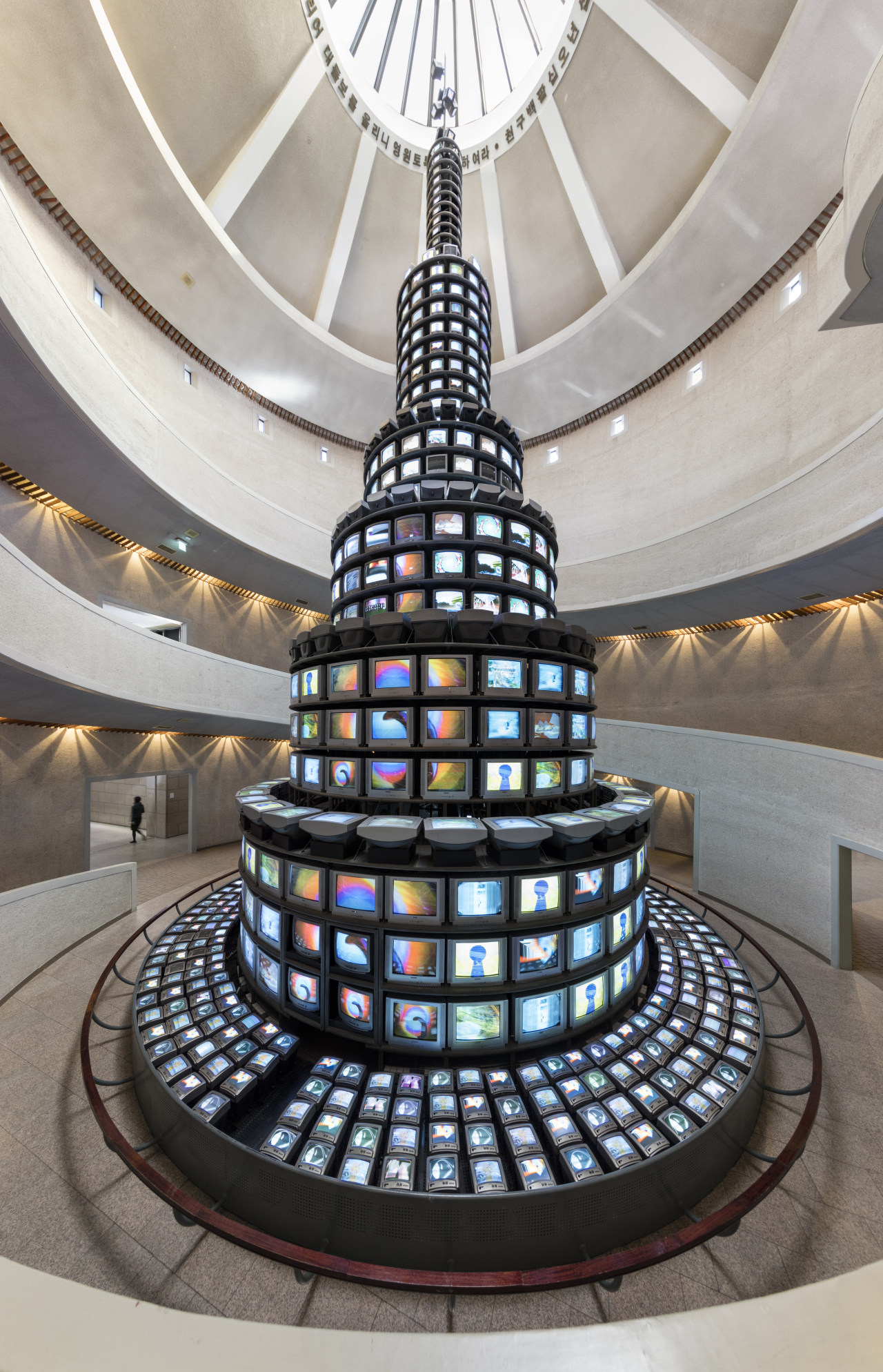 Paik Nam-june’s “The More the Better” will undergo a three-year restoration project. (MMCA)
Yun said MMCA is set to restore the artist’s biggest media work, “The More the Better.” The 18.5-meter-tall, 16-ton media tower consisting of 1,003 television monitors was created in late 1988 and is on display at MMCA’s Gwacheon branch. In 2018, the museum had to unplug the installation after the Korea Electrical Safety Corporation warned that it presented a fire hazard.

According to MMCA, museum officials had to persuade lawmakers last year to consider providing the funds it needed to restore “The More the Better,” which were initially not part of its annual budget. The restoration budget amounts to 1.5 billion won ($1.29 million).

Yun said the museum also planned an exhibition of paintings from North Korea and received approval from the government last year. However, the museum is gauging the timing of the exhibition in consideration of the strained relations between the two Koreas. 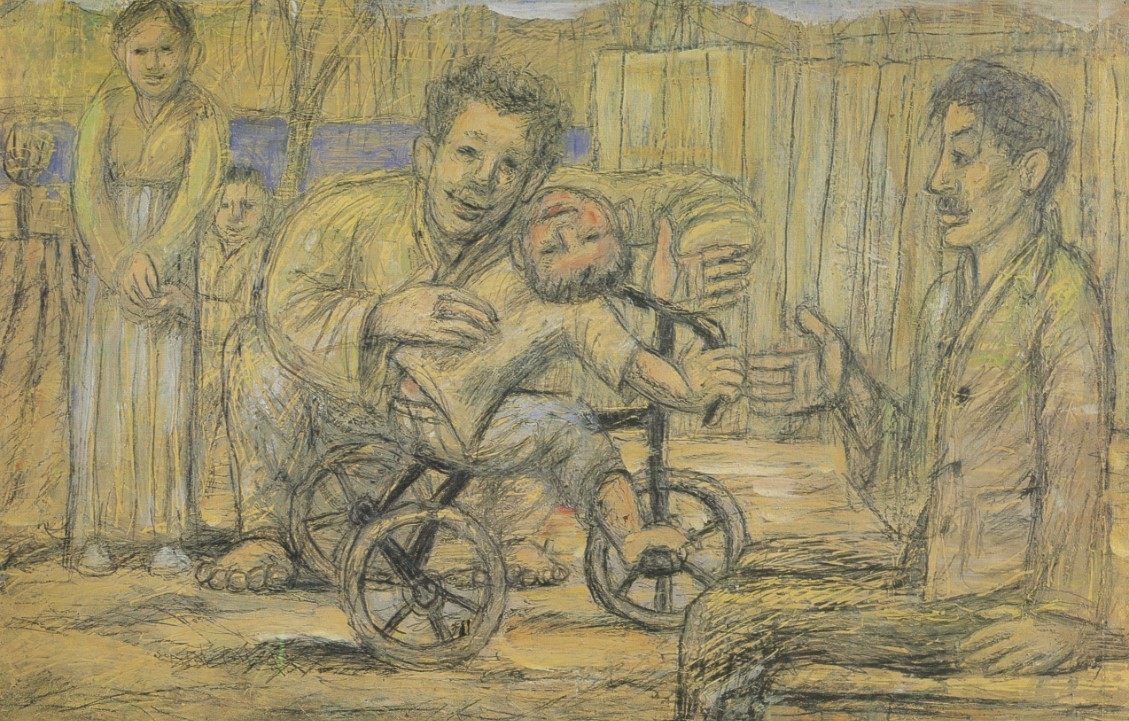 Lee Jung Seob’s ”Family of Poet Ku Sang“ will be part of the “Art and Literature in Modern Korean History” exhibition. (MMCA)
The museum is planning to host at least 21 exhibitions across its four venues: MMCA Gwacheon, MMCA Seoul, MMCA Deoksugung and MMCA Cheongju. The exhibitions include “Art and Literature in Modern Korean History,” “Museum for All, Museum for Dogs,” “Korean Architecture and Design in 1980s-1990s: The Olympic Effect” and “Modern and Contemporary Korean Calligraphy.”

One of the major exhibitions this year will be “Unflattening,” to be held June to September to commemorate the 70th anniversary of the Korean War, Yun said. The exhibition aims to reflect on the tragedy of war through the language of art. 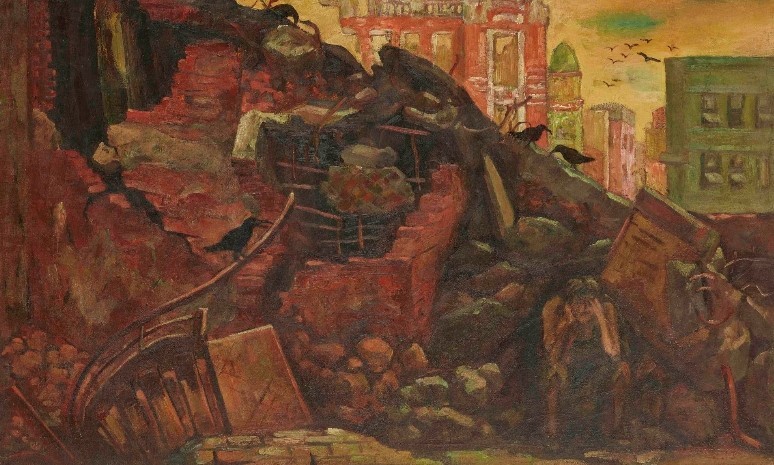 Lee Soo-auck’s “Ruined Seoul“ will be shown at an exhibition titled “Unflattening.” (MMCA)
Meanwhile, MMCA will open permanent exhibitions starting this year to showcase important works of contemporary art from home and abroad. The number of visitors to MMCA reached 2.74 million last year.