The Seoul High Court heard appeals from the disgraced president and prosecutors over a lower court’s October 2018 ruling that sentenced Lee to 15 years in prison on convictions of bribery, embezzlement and abuse of power, and ordered him to pay a fine of 13 billion won. 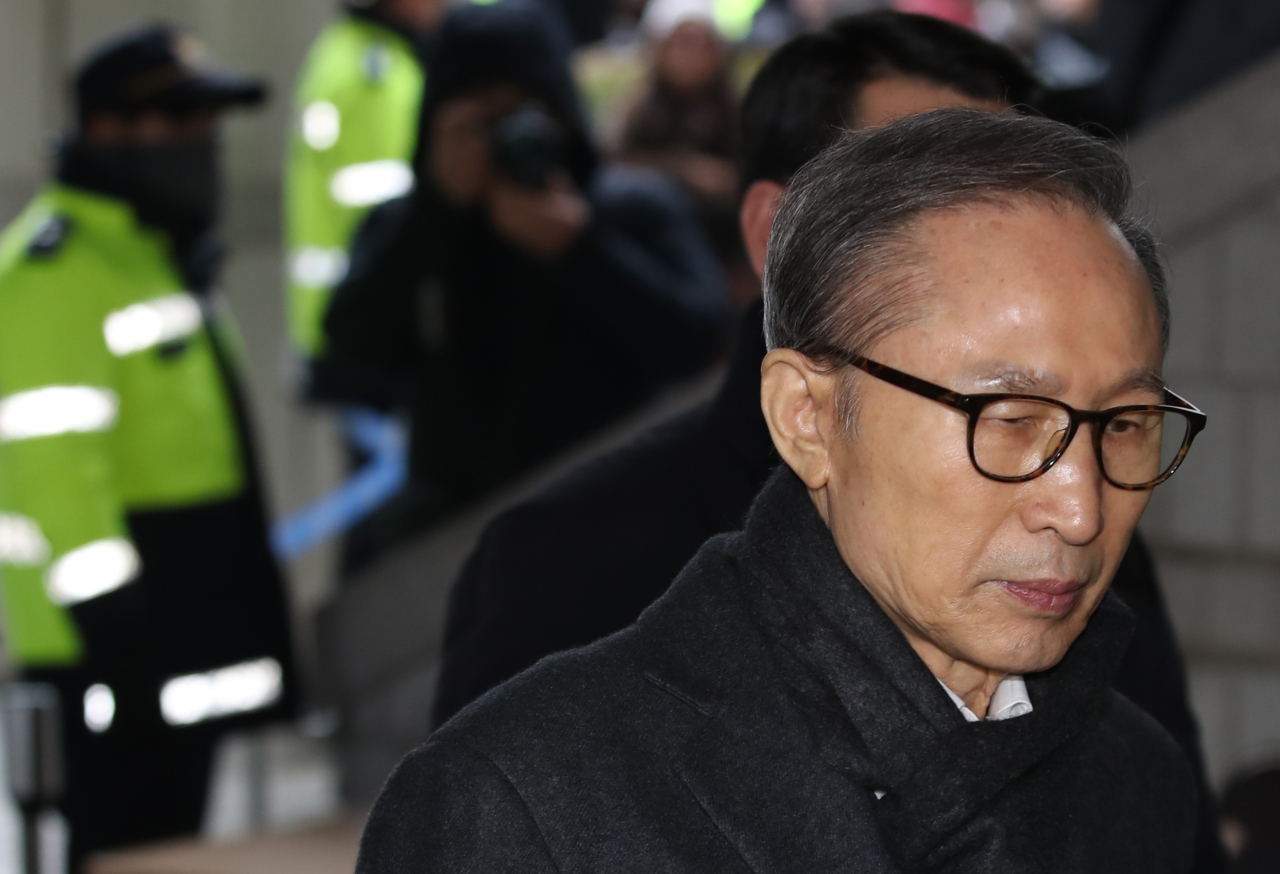 Former President Lee Myung-bak (Yonhap)
Charges against Lee, president from 2008-2013, include embezzling about 33.9 billion won in slush funds while virtually possessing his brother’s auto parts company DAS and taking bribes of 6.77 billion won from Samsung to cover litigation costs for the firm. Most of the alleged crimes took place while Lee was president from 2008 to 2013 or when he was a candidate before winning the 2007 election.

Prosecutors said the 15-year prison sentence is too light considering the importance of the matter.

“The defendant abused the authority given by the people as a means of pursuing private interests and damaged the constitution,” it said.

The court is expected to deliver its verdict and impose a sentence as early as next month.

Lee was released from detention in March last year on bail after a court’s approval of 1 billion won in bail nearly a year after his arrest.

In June, the prosecution added 5.1 billion won to the total amount of bribes Lee is alleged to have taken from Samsung Group.

If the newfound charges are included, the bribes Lee received from Samsung could total over 11 billion won, up from 6.18 billion won that the court in 2018 found he accepted from Samsung during his presidency.

The former president has denied the accusations against him and says the charges are politically motivated.