[ The Korea Herald – Send E-mail ]
[CES 2020] Samsung to roll out robots around June: CEO
‘Ballie’ may or may not be commercialized
By Shim Woo-hyun
Published : Jan 8, 2020 - 15:54
Updated : Jan 8, 2020 - 15:54
Samsung Electronics is planning on commercializing a new robot in June or July this year, said Kim Hyun-suk, chief executive officer of Samsung’s consumer electronics division. 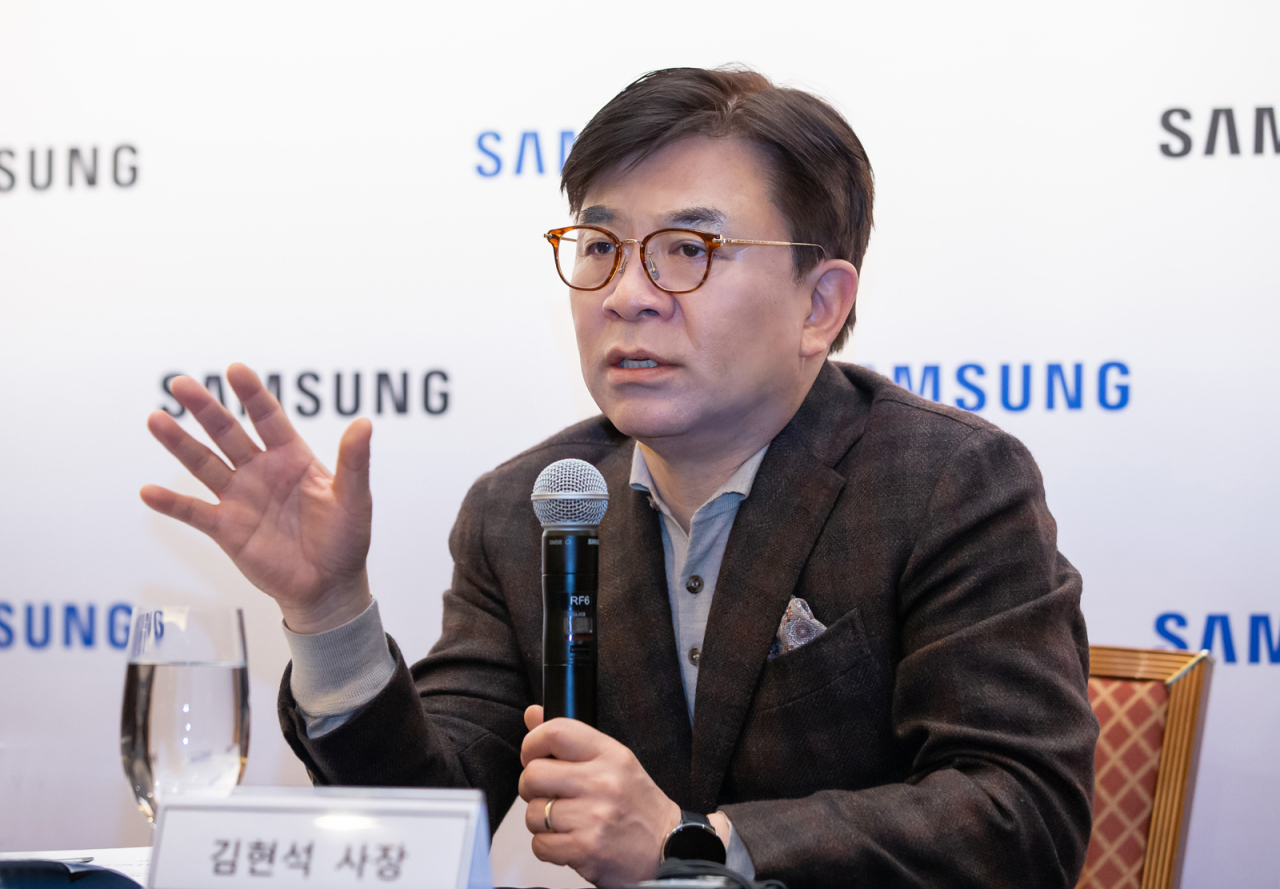 During a press conference held Tuesday at Caesars Palace in Las Vegas, Kim said the new robot would be the third or fourth Project Prism product. Project Prism is the company’s personalized electronics platform.

For wider access, the price of the robot will be similar to that of a large washing machine from the company, according to Kim, who spoke on the sidelines of the Consumer Electronics Show this week.

On “Ballie,” the Samsung companion robot prototype that was unveiled during his keynote speech at the exhibition the day before, Kim said the company had not decided whether to commercialize it.

Yet Kim stressed that Samsung Electronics would eventually have something like Ballie, which would enable users to connect to their home appliances.

“People think Ballie is a robot because it functions like a robot. But it is not. We consider Ballie a device that interacts with numerous other devices that we already have,” Kim said. Ballie garnered wide attention, with some commenting that it reminded them of the androids in “Star Wars.”

The future Ballie will be a very simple device that users can easily access, Kim said.

Kim also hinted at the possibility of using edge computing as a key component of its internet of things-based smart home system. Edge computing refers to transformations in the way data is handled, processed and delivered near the edge of one’s network.

He added that the company might introduce an edge-computing-based IoT hub within three years, while being open to other available options.

He also said the company would continue to set up its smart home system in apartment complexes in Korea, both new complexes and existing complexes, and would engage in talks with global housing businesses to discover new opportunities. To date, Samsung Electronics has installed the system in around 20,000 units in Korea.