Rising K-pop act Ateez is already out with a new single -- “Answer” -- continuing its bombastic sonic style into the new year. 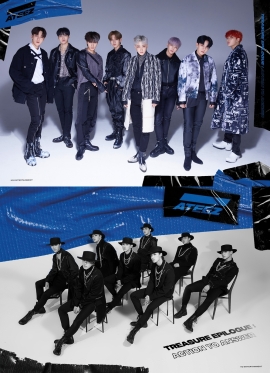 “Answer” was released with an accompanying music video that shows the act’s flair for a dynamic performance style and high-energy choreography. The clip ends by featuring a mysterious white-masked figure, seemingly hinting at what’s to come next from the group.

The five-track EP also features “Horizon,” another bombastic song that credits leader HongJoong as songwriter and composer, as well as smooth R&B ballad “Star 1117,” a fan song dedicated to Ateez’s fan base Atiny.

The eight-member group -- made up of HongJoong, SeongHwa, YunHo, YeoSang, San, MinGi, WooYoung and JongHo -- debuted in October 2018 with the EP “Treasure EP.1: All to Zero,” with lead singles “Treasure” and “Pirate King.”

The group has succeeded in carving out its own sonic niche, staying away from the more typical boy-next-door image and leaning toward a more aggressive and swaggering hip-hop style. With a name that stands for “A Teenager Z,” the group aims to appeal to every teenager.

Having recently picked up steam worldwide, Ateez is set to tour North America in April.