[ The Korea Herald – Send E-mail ]
Learn Korean from K-pop singers on tvN show
By Choi Ji-won
Published : Jan 7, 2020 - 12:02
Updated : Jan 7, 2020 - 12:02
Many K-pop fans from around the world learn Korean through K-pop, whether intentionally or not, from their repeated listening of the songs and countless replaying of the videos starring their favorite artists. What would it be like for K-pop singers to actually teach Korean?

“K-pop Culture Center,” a new tvN variety show scheduled to launch next month, will do just that -- K-pop artists teaching their fans Korean language and culture through K-pop. 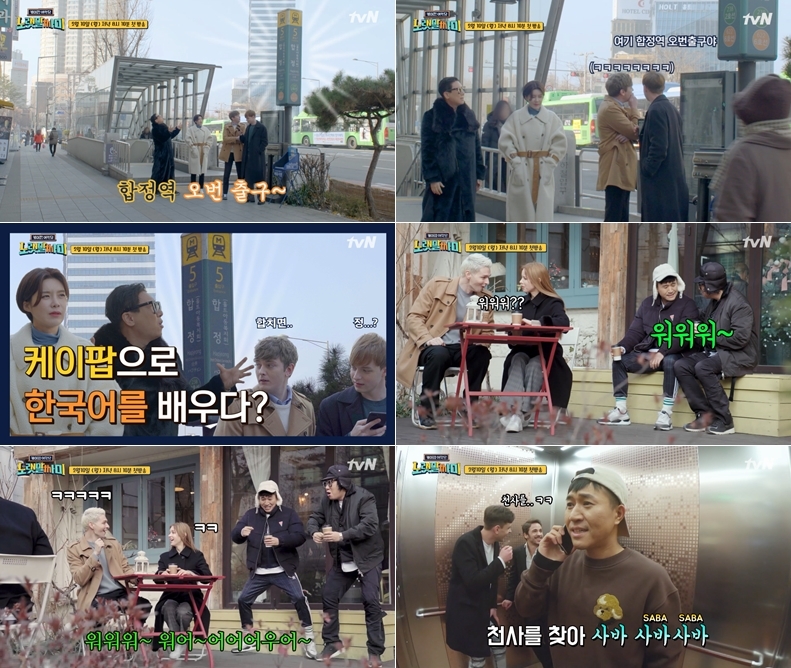 “K-pop Culture Center” teaser videos (CJ E&M)
Each episode will feature a popular K-pop artist who will be a teacher for the day, coaching 10 foreign K-pop fans using the artist’s own song. Students of different nationalities will get a chance to learn Korean and the culture behind the music. The show will not be all lecture and writing: Guests will sing and dance and engage in conversations to deepen their understanding of the song.

Singer and entertainer Kim Jong-min of group Koyote, entertainer Lee Sang-min and comedienne Jang Do-yeon will serve as emcees of the upcoming show.

In a recently released teaser videos of “K-pop Culture Center,” the emcees speak and sing along to the lyrics of some well-known K-pop songs -- including “Genuine” by Koyote, “The Angel Who Lost Wings” by group Roo’ra, and “Hapjeong Station Exit No.5” by Yoo San-seul, the rookie trot singer persona of Yoo Jae-suk.

Each episode will be a unique episode as K-pop artists of various genres and backgrounds have been invited to create their own class, according to tvN.