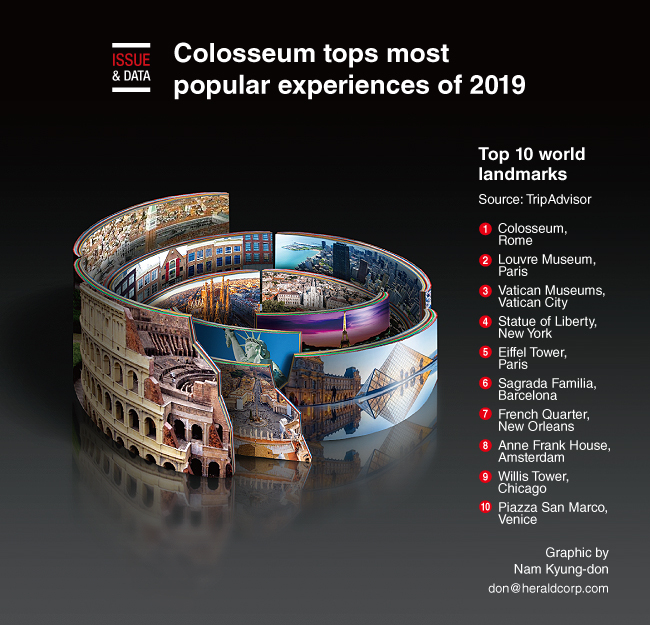 European landmarks dominate TripAdvisor’s list of most popular travel experiences of 2019, with Rome’s Colosseum topping the ranking for the second year in a row.

The top 10 list is filled with some of the world’s most recognizable sites, mostly concentrated in Europe, with the exception of a handful of US landmarks and attractions.

After the Colosseum, the Louvre in Paris and the Vatican round out the top three spots. Asia, the Middle East, Latin America and Africa are conspicuously absent.

The list is based on the number of reservations and bookings made through the TripAdvisor website. (AFP)