Park, 34, appreciated for her achievements on TV shows “I Live Alone,” and “Where Is My Home,” was awarded the top prize at a ceremony at the broadcasting station’s headquarters in Sangam-dong, western Seoul, Sunday. 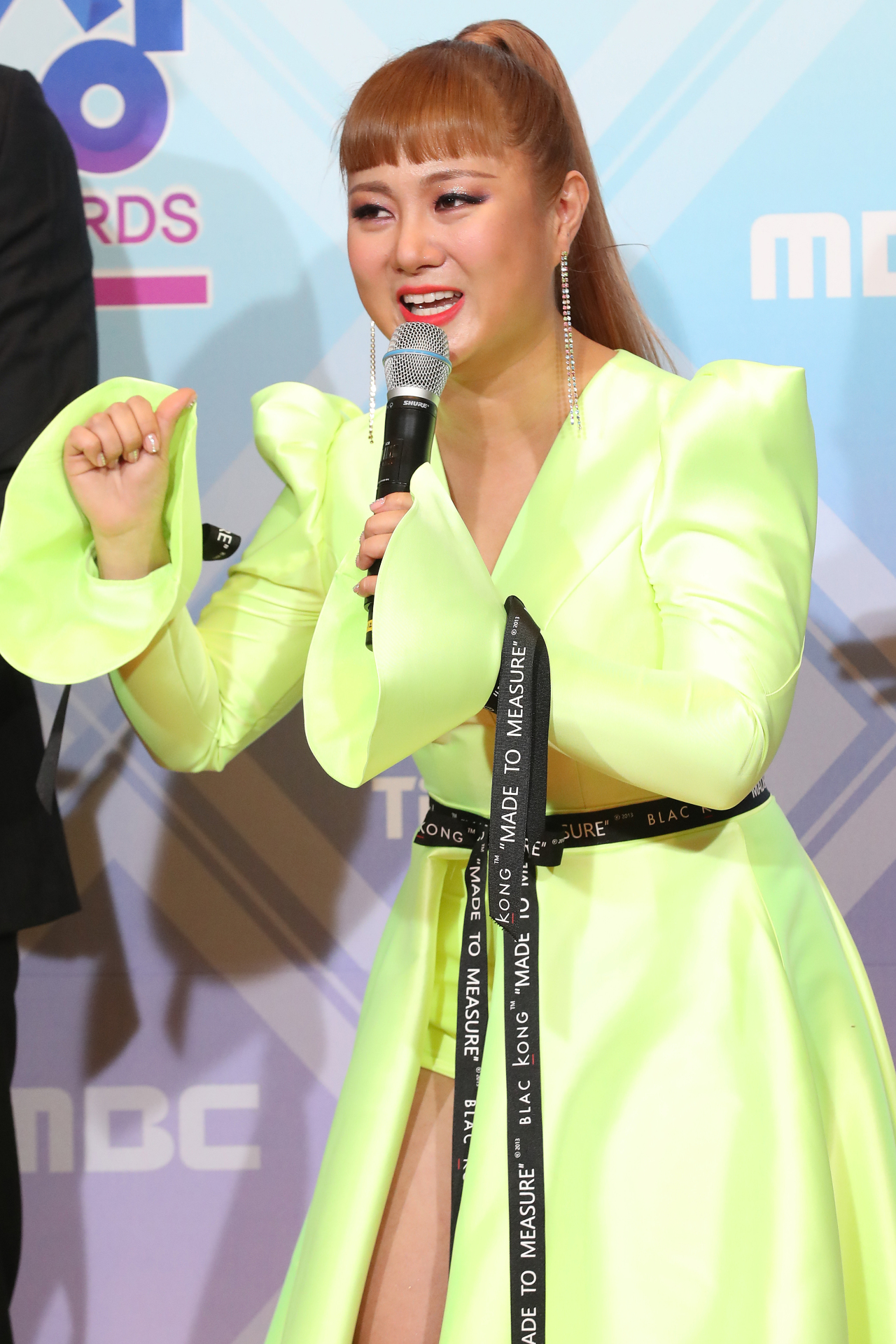 Comedian Park Na-rae poses for photos before the MBC Entertainment Awards ceremony in Sangam-dong, Seoul, Sunday. (Yonhap)
“I honestly did not think that I deserved the prize, but as a human, I really wanted to receive it,” she said in her acceptance speech. “I am 148 centimeters tall. Only onstage can I see the tops of other people’s heads. I never thought I was on top, or that I was above others. I was happy to look up at others.

Park was a strong contender for the prize last year, but instead it went to comedian Lee Young-ja. Lee, who was also a nominee this year, congratulated Park onstage.

For the past few years, Park has enjoyed a heyday. Having made her debut in 2006 as a comedian, she is one of the best-known entertainers across the nation, starring in multiple TV shows on different channels.

In recent months, the comedian has been working on stand-up comedy shows. She made her stand-up comedy debut on the Netflix original “Glamour Warning,” released in October. Inspired by the success, KBS aired a pilot of its own stand-up show, “Stand Up,” featuring Park, the following month.

At KBS, the cast of TV show “The Return of Superman” -- Do Kyung-wan, Sam Hammington, Park Joo-ho and Moon Hee-jun -- received the grand prize. Comedian Yoo Jae-suk was awarded the top honors at SBS for his achievements on the show “Running Man.”

In accepting his award, Yoo mentioned the late Sulli and Goo Ha-ra.

“Out of all the guests featured on ‘Running Man,’ I think of the late Sulli and Goo Ha-ra, who passed away this year,” he said. “I hope they can rest in peace.”