[ The Korea Herald – Send E-mail ]
Korean content drawing interest in Korean culture in US
By Song Seung-hyun
Published : Dec 29, 2019 - 16:29
Updated : Dec 29, 2019 - 16:29
The rising popularity of South Korean cultural content is drawing interest among US consumers in Korea’s culture and its products, according to a recent survey by a state-run agency.

The Korea Creative Content Agency on Friday released the results of a survey it conducted from July to September on consumer trends in the US market related to Korean content. 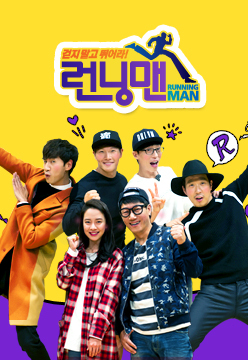 SBS’ popular variety show “Running Man” (SBS)
The online survey had three categories -- Korea pop, Korean dramas and Korean variety shows. In all three sections, respondents were asked how much the consumption of Korean content had increased their interest in Korean culture on a scale of one to five, one being the lowest and five the highest.

In all three categories, more than 77 percent of respondents answered four or five. Korea pop and Korean drama fans responded that they were willing to spend money to purchase Korean food, fashion items and cosmetics, according to KOCCA.

“We need a strategy to produce and retail high-quality K-contents, as we see that there is a correlation between interest in Korean culture and Korean product consumption,” the head of KOCCA’s US office said in a statement.

Shin Sang-eun, head of content marketing for KBS America, said this data was crucial to its future marketing strategy, adding that it would be used to help the network expand further into the US drama and TV show market.

The survey also presents various trends in Korean TV shows in the US market. According to the survey, the US respondents’ top three Korean TV shows were SBS’ “Running Man,” JTBC’s “Men on a Mission” and MBC’s “Weekly Idol.”

“Running Man” also topped the list of Korean TV shows that respondents thought should be licensed for a US version, followed by KBS’ “The Return of Superman.”