The South Korean winger saw red in the second half of Spurs' 2-0 loss at home to Chelsea in a spiteful London derby on Sunday after VAR confirmed he had kicked out at Blues defender Antonio Rudiger after being fouled. 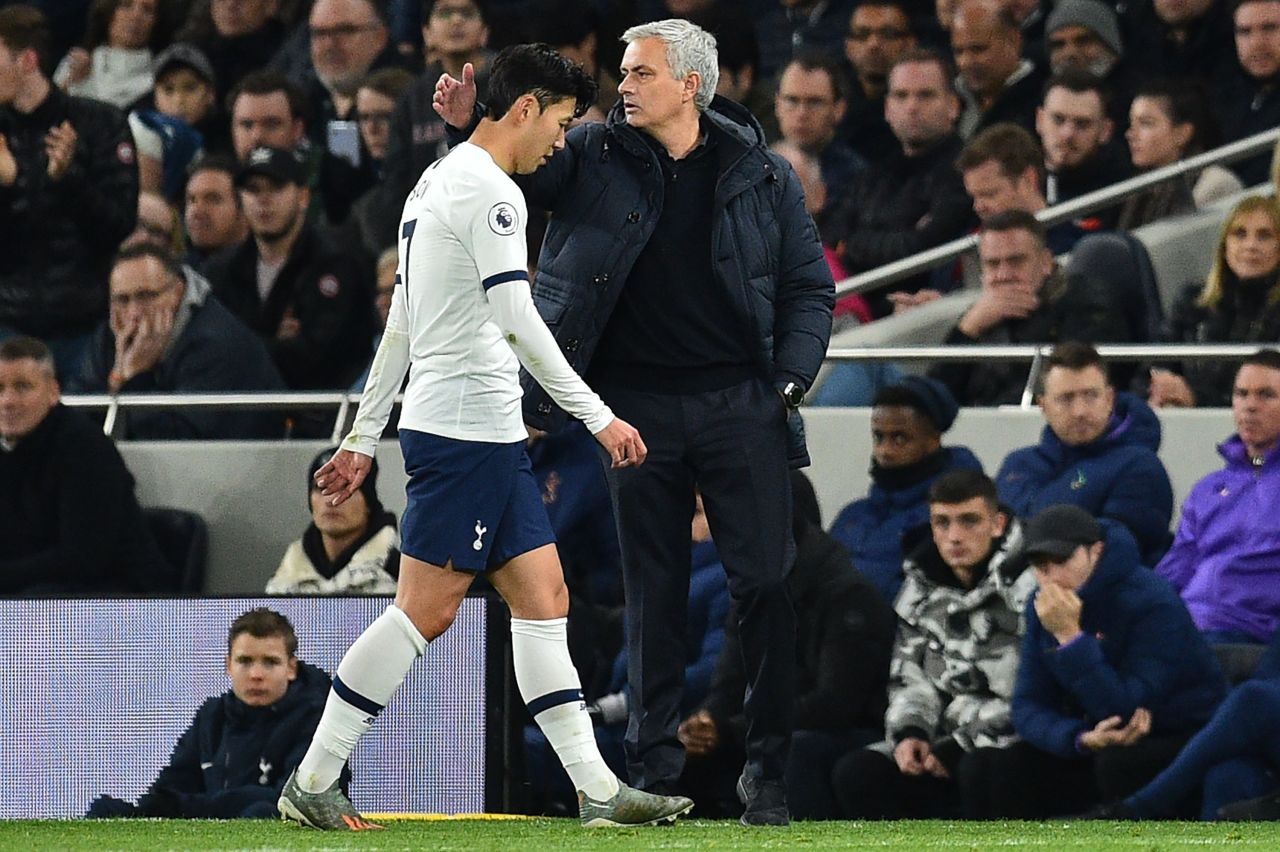 (AFP-Yonhap)
Tottenham launched an appeal but the FA upheld his red card, meaning Son will now serve a three-game ban ruling him out of the matches at home to Brighton on Boxing Day, and at Norwich and Southampton on Saturday and New Year's Day respectively.

Chelsea manager Jose Mourinho was unhappy with Rudiger's reaction in the build-up to Son's dismissal, saying he should "stand up and play man" but Blues boss Frank Lampard defended his player's conduct on Tuesday.

"It (the sending off) wasn't brutal but it was instinctive that warrants a red card in the modern day," said former England midfielder Lampard, who played under Mourinho when the Portuguese was in charge of Chelsea. 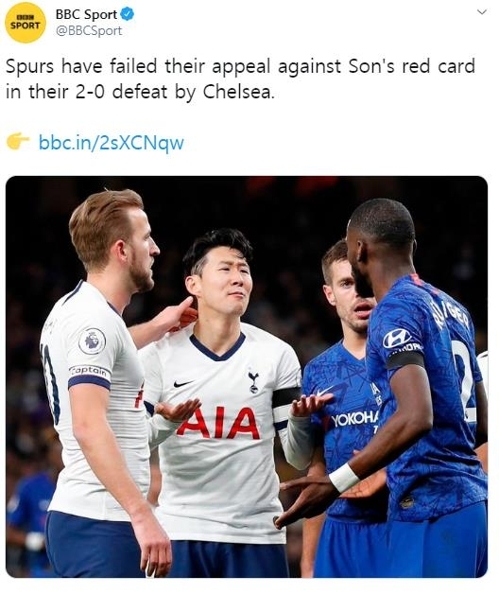 (BBC's Twitter-Yonhap)
"It was pretty clear that was the case. I wouldn't question Toni's integrity on that."

Meanwhile Tottenham said they had banned a supporter for throwing a cup at Chelsea's Kepa Arrizabalaga, one of several worrying incidents that overshadowed the on-field action, with both Rudiger and Son reportedly on the receiving end of racist abuse.

Spurs said Monday their investigation into the monkey chants directed at Rudiger had so far proved inconclusive but a day later they were able to act against the fan who attacked Blues keeper Arrizabalaga.

"We can confirm that we have identified and issued an immediate ban to the individual responsible for throwing a cup at Chelsea goalkeeper Kepa Arrizabalaga during Sunday's Premier League home fixture," said a Spurs statement.

"We shall continue to take the strongest action possible against anyone found to be behaving in this way."

London's Metropolitan Police said Tuesday their inquiries into "reported racial abuse of a Chelsea player" were continuing as it was confirmed a fan arrested in connection with alleged abuse of a Tottenham player has been charged with a public order offence and been bailed to appear at Highbury Corner Magistrates' Court in north London on January 20.

After Germany defender Rudiger informed Taylor of the chants, the referee briefly halted play while an announcement on the stadium's public address system warned supporters abuse from the stands would not be tolerated as officials deployed the first stage of European governing body UEFA's anti-racism protocols. (AFP)