Netflix on Monday announced Jung will be producing “The Sea of Tranquility,” Jung’s first production with the global media platform. 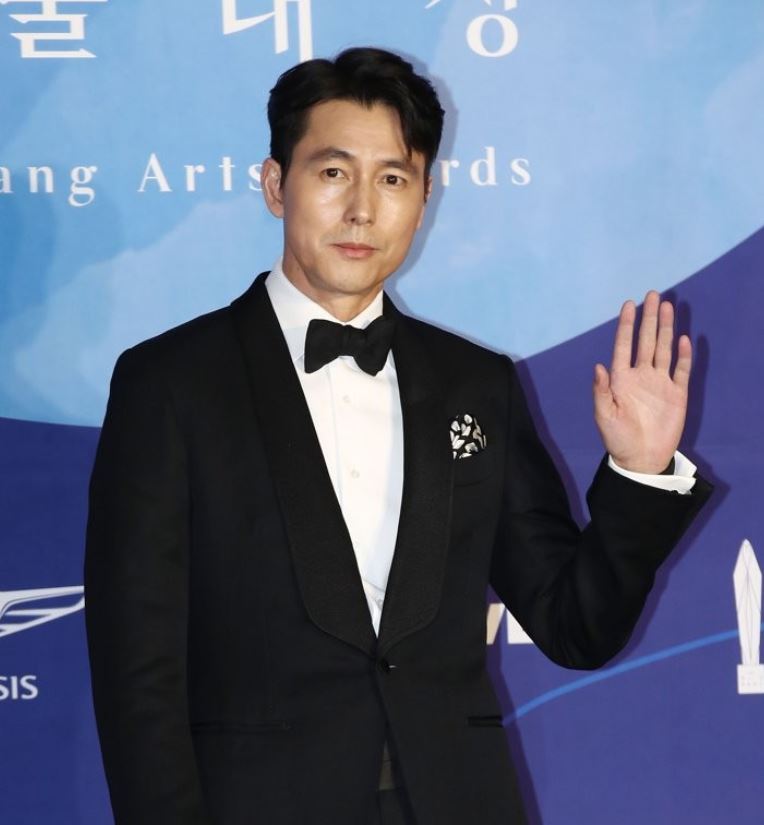 Jung Woo-sung poses at the 55th Baeksang Arts Awards ceremony on May 1, 2019. (Yonhap)
Jung, a high-profile screen actor, has been showing keen interest in producing and directing. In 2016, he debuted as a film producer with “Remembering You,” in which he also starred as the male lead.

Jung, who was recently awarded the grand prize in the film category at the Baeksang Arts Awards for “Innocent Witness” and best actor at the Blue Dragon Film Awards for the same movie, will not star in the Netflix series, a company official said.

The new show is based on a short film that was screened at the 13th Mise-en-scene Short Film Festival in 2014. Taking the movie’s storyline, the series is a sci-fi thriller set in 2075, following the adventures of three Koreans on a mission to a deserted space station on the Moon.

The series will be directed by Choi Hang-yong, who also directed the original short film.