The state-funded design foundation is hosting the festival from Friday to Jan. 3, turning the outer walls of the DDP into a gigantic media facade. The projected media art is themed “Seoul Haemong,” inspired by the past, present and future of Seoul City and South Korea. 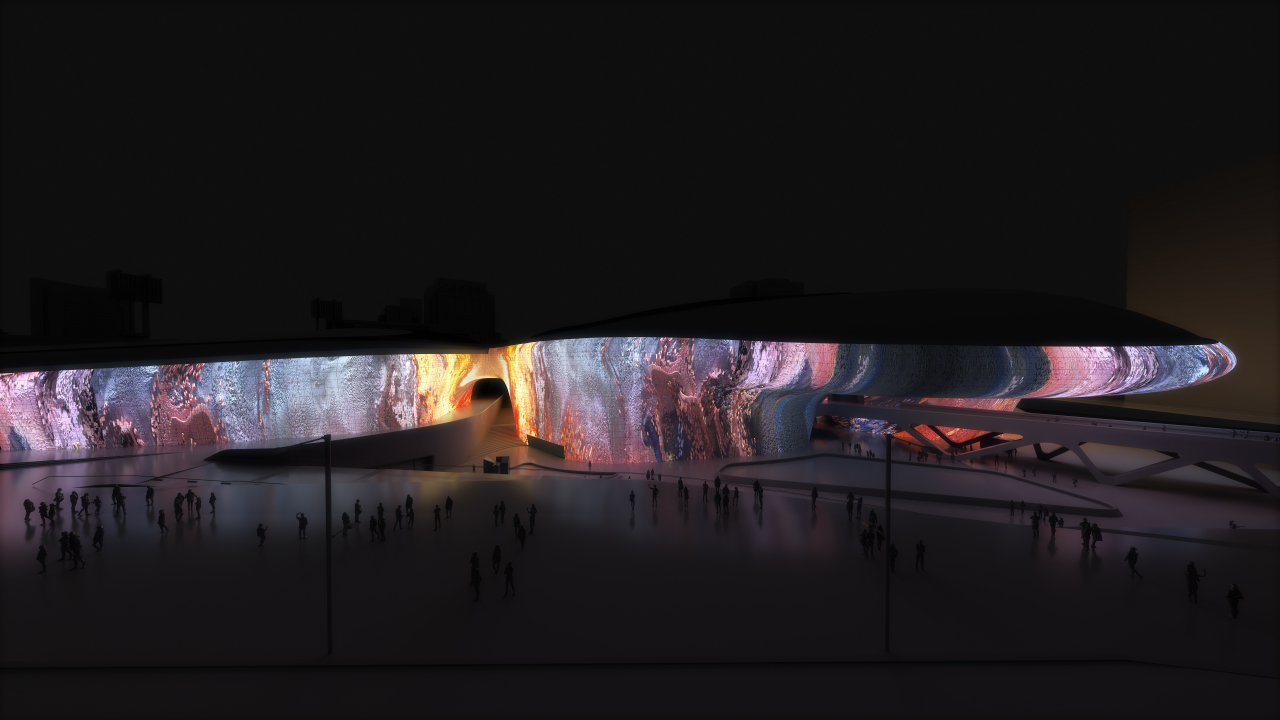 (Seoul Design Foundation)
“The DDP has functioned as a creative cultural complex for the city, supporting businesses in the Dongdademun area. Like the DDP, Seoul Light will become the city’s cultural asset that will lead the future of local commerce,” Choi Kyung-ran, president of the foundation said at the event.

“‘Seoul Haemong’ remembers the history and past of Seoul and Dongdaemun and dreams of the future,” she said. “I hope that from today, the DDP will play a central role in the digital media scene of Korea.”

Executive Director Sey Min-took, a data visualization artist, directed the overall project and gave a presentation on “AI, a Tool of Inspiration in Creativity.”

“Previously, the value of art was decided by the artists’ creativity. In the AI environment, there aren’t many people who can control the system. Artists will be valued by their own experience that they use to create the algorithm,” she said “Even though we rely on data, it will be humans who will make the final decision.”

Later, media designer Refik Anadol from Turkey took the podium. The artist transforms architectural spaces into canvases for live media art. He is best-recognized for “WDCH Dreams.” He used the exterior of Frank Gehry-designed Walt Disney Concert Hall in Los Angeles as a canvas for projecting the building’s “dreams.” 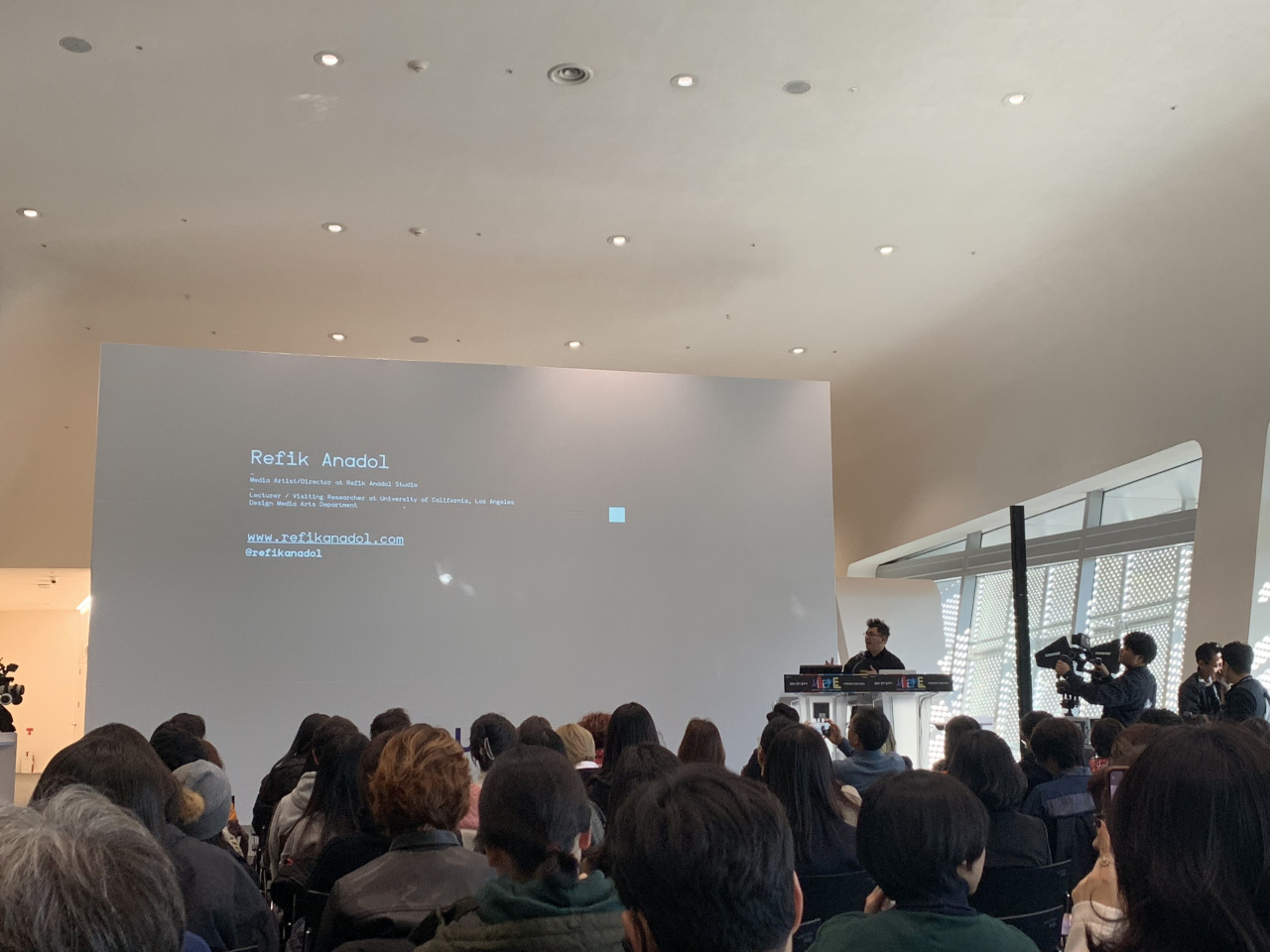 Media designer Refik Anadol (Im Eun-byel / The Korea Herald)
Anadol trained the AI data about Seoul, Dongdaemun and the DDP, creating light and videos projected on the facade of the touristic establishment.

“A city is a living organism of people who are residing there,” the artist said, mentioning, he is greatly influenced by his hometown Istanbul and resident city Los Angeles.

“For this project, we were inspired by the memories of the city, the deep archives of understanding the history of Seoul and Korea,” he said. “We transferred beautiful historic information onto a machine, transforming it into a narrative.”

The forum was followed by more experts from the digital media art scene, including Maria Grazia Mattei founder and president of digital culture center MEET; curator of Sung Yong-hee from Museum of Modern Art; and curator Clare Borrks from Google Art & Culture, among others.