The newly born bird was the fourth generation from 20 Humboldt penguins the aquarium acquired in 2008, and was revealed to the public for the first time Wednesday.

Officials at the aquarium noted that natural breeding of the species is extremely difficult, as the process is very sensitive to surroundings such as the temperature, humidity and germs. 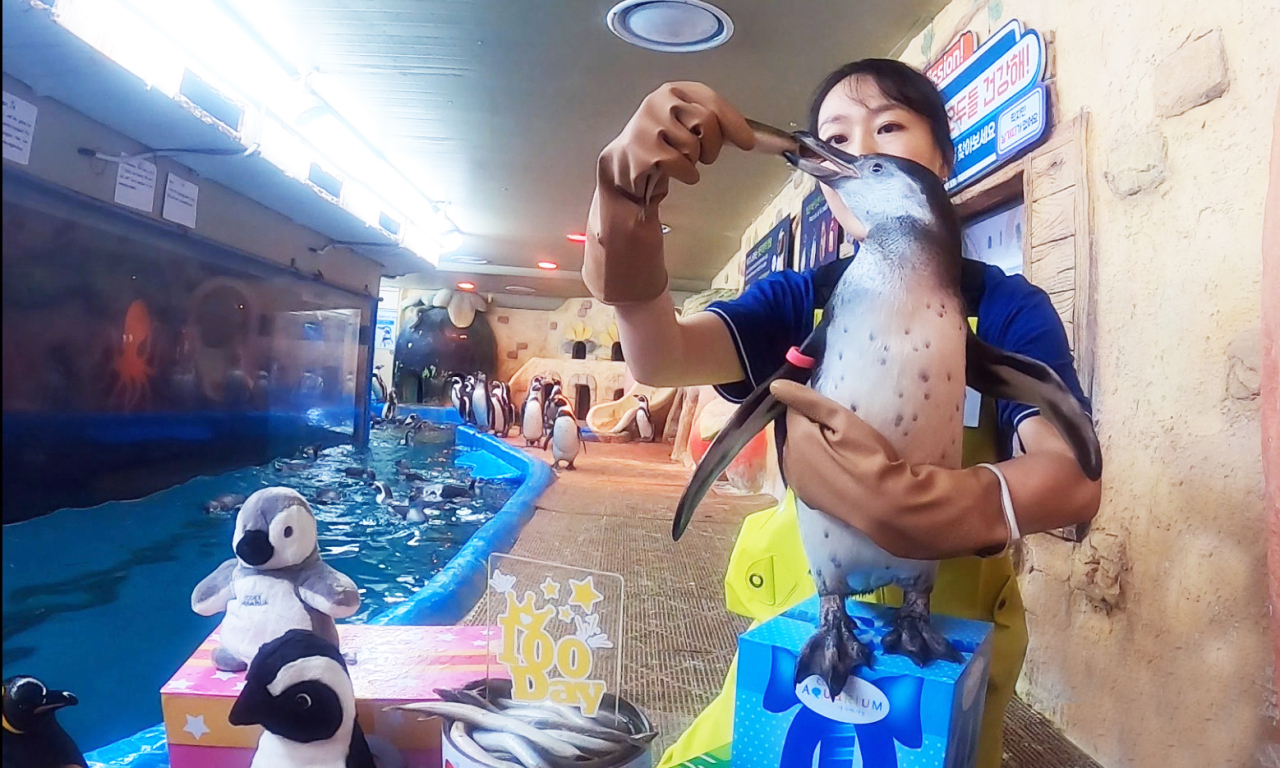 The status of the South American penguin, named after explorer Alexander von Humboldt, is classified as threatened. The penguins were granted protection under the US Endangered Species Act in 2010.

In celebration of the penguin’s birth, the aquarium is holding a naming event for the baby penguin via Instagram throughout Dec. 29. A special commentary on the birth of the new penguin will be held every day at 3:30 p.m. through Dec. 31 at the venue.