South Korean men's national football captain Son Heung-min has been named the country's best player of the year for a record fourth time.

The Korea Football Association (KFA) announced on Thursday that Son, the attacking stalwart for Tottenham Hotspur, was voted the Male Player of the Year for 2019. 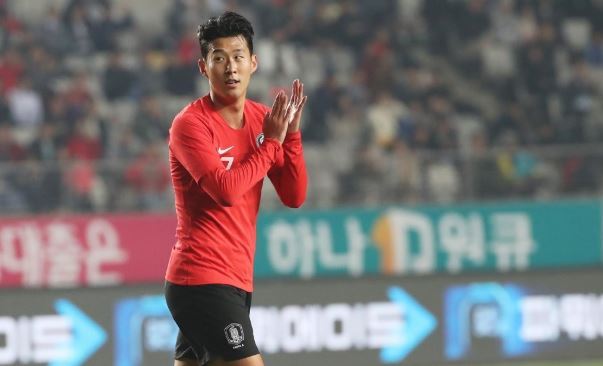 Son topped the voting by the media and the KFA's election committee. Players were award points based on a top-three vote, and Son came away with 209 points.

The award is open to all South Korean-born players, regardless of their club affiliations.

Son became the all-time Korean scoring leader in European club football on Nov. 6 when he scored a pair of goals in a UEFA Champions League match to move past former Bundesliga legend Cha Bum-kun's mark of 121.

This season's tally includes a jawdropping wonder goal against Burnley on Dec. 6, which is being touted as the goal of the Premier League season.

Son finished 22nd in the Ballon d'Or voting, becoming the top Asian finisher in the race for the world's best football player.

Ji netted six goals in 12 international matches this year, and she remains the country's all-time leading female scorer with 55 goals in 121 matches.