When the foundation was established in 2004, its chief aim was to provide administrative assistance to the immigration office. But as the immigrant population grew, the foundation broadened its role to supporting foreign immigrants in adapting to and settling in Korean society.

“We have run integration programs for nearly 10 years now with the goal of helping immigrants prepare for their lives here,” he said.

The program includes introduction to language and cultural characteristics, as well as immigrant rights. 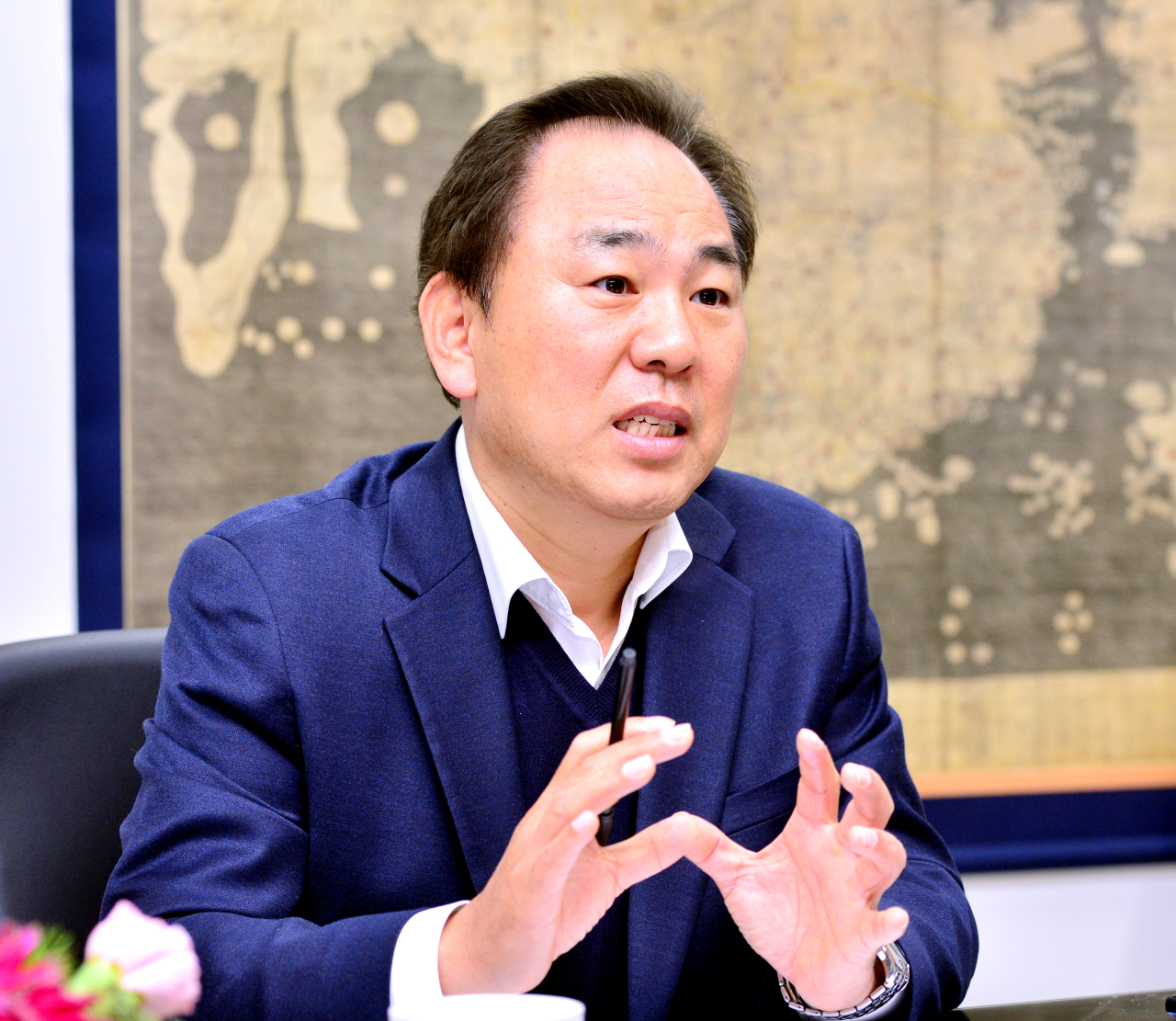 President of the Korea Immigration Service Foundation Kim Do-gyun speaks to The Korea Herald at his office in Yangcheon-gu, southwestern Seoul. (Park Hyun-koo/The Korea Herald)
Allowing immigrants to make a smooth transition to their new homes is beneficial not only to the immigrants as individuals but to society as a whole, according to Kim.

“Most immigrants are here through marriage or on employment permit,” Kim said.

“They are often at a disadvantage, and unfortunately subject to discrimination at times,” he said. “Support is needed for healthy adaptation and acculturation.”

“If we fail them as a society in helping them settle in Korea or assimilate -- should they want to -- into our culture, that is one more person isolated from being able to function as a member of our community.”

“Some 7.5 million Koreans live overseas. That is three times the number of immigrants -- 2.5 million -- living here,” he said, pointing out that migration was a natural occurrence in a globalized world.

“We have to stop thinking of immigrants in the third person. Because we may well be in their shoes someday.”

Moreover, Korea will have to rely on immigrants for its future labor force, Kim said, given the aging population.

“Politicians refrain from talking about immigrants because the subject is not exactly a vote-winner,” he said. “But what alternative is there for the aging crisis (than immigration)?”

“Our future is multicultural,” he said. “No culture is independent from outside influences. Homogeneity is a myth.”

As for undocumented immigrants, Kim said there should be legal channels through which they could be allowed entry.

“For instance, there are vacancies in jobs unwanted by locals that these illegal immigrants are willing to fill,” he said.

Since assuming office in March, Kim said he has worked on reaching out to immigrant communities and raising awareness about the foundation.

Kim said from his decades of experience in immigration services that immigrants were the ones more eager to learn about Korea and Koreans.

“But Koreans are not as ready to learn about immigrants or understand them,” he said. “This has to be a two-way street. If we are welcoming and open-minded, our new neighbors will find their way soon enough.”