A Chinese official says Beijing wants a prompt settlement of its trade war with Washington. 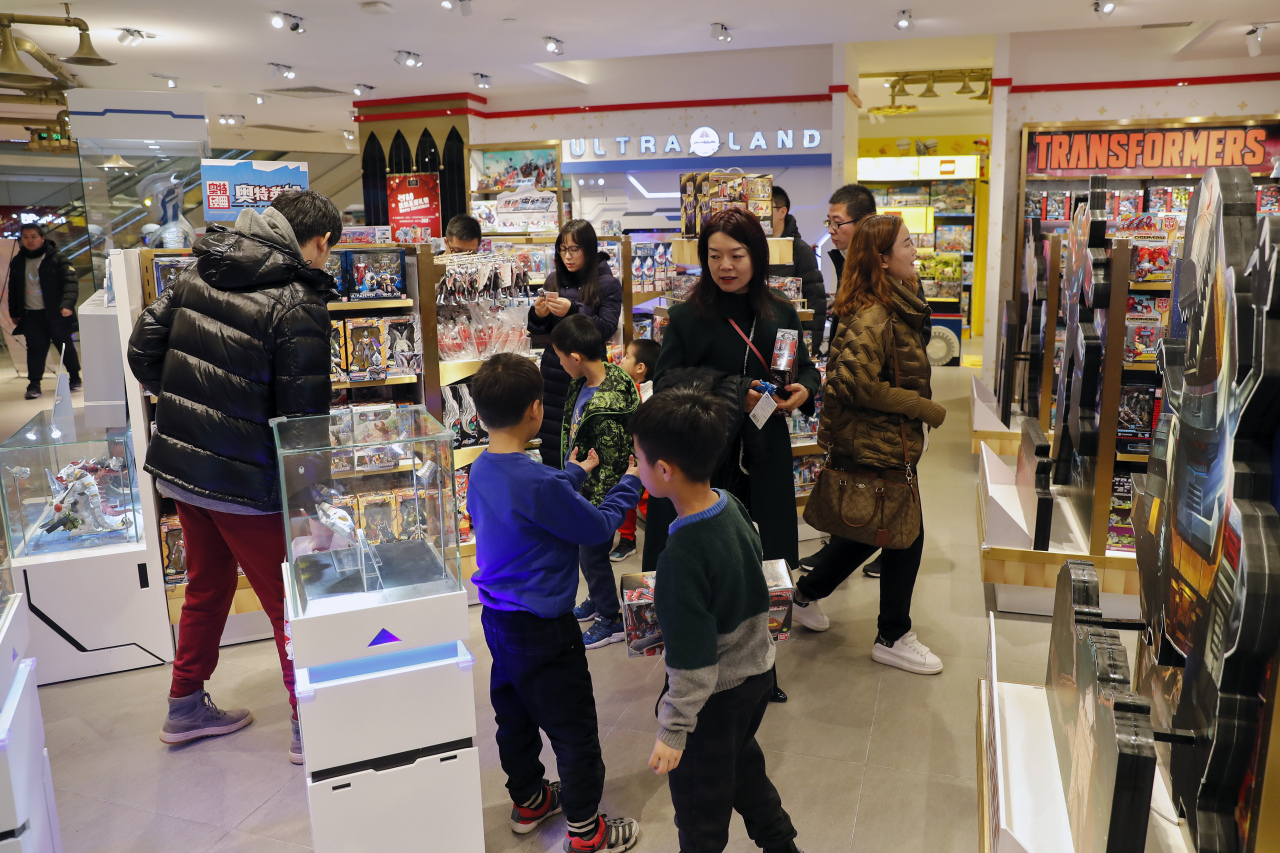 In this Saturday, Dec. 7, 2019, photo, Chinese parents and their children shop for toys at the American toy store FAO Schwarz at the capital city's popular shopping mall in Beijing.(AP-Yonhap)

A deputy commerce minister said Monday that Beijing wants "satisfactory results as soon as possible.'' The official gave no details of talks on a "Phase 1" deal announced by President Donald Trump in October.

Another US tariff hike on $160 billion of Chinese imports is due to take effect Sunday. China announced Friday it was carrying out a promise to waive punitive tariffs on American soybeans and pork.

Trump alarmed global financial markets last week when he said he might be willing to wait until after next year's presidential election to reach a settlement.  (AP)